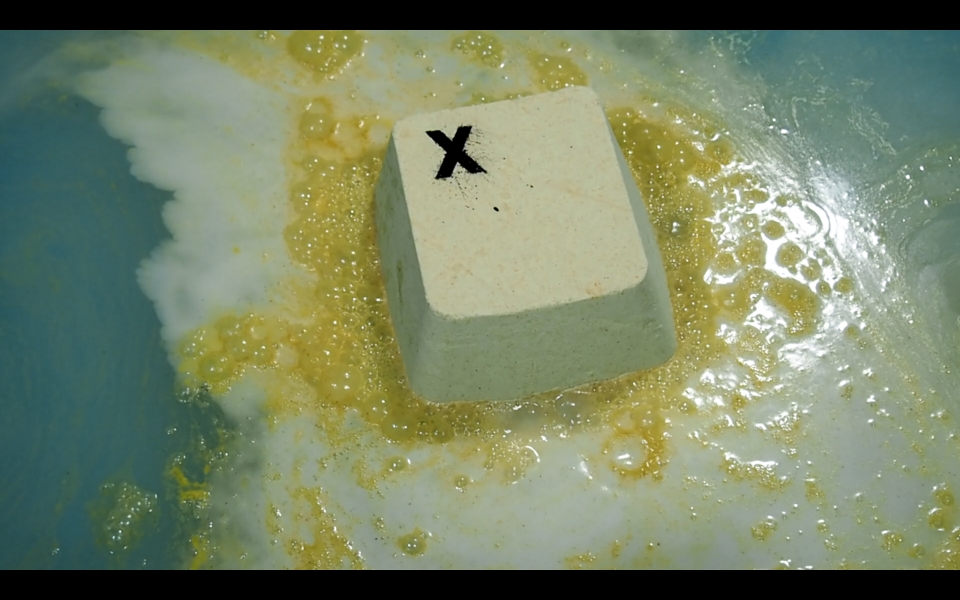 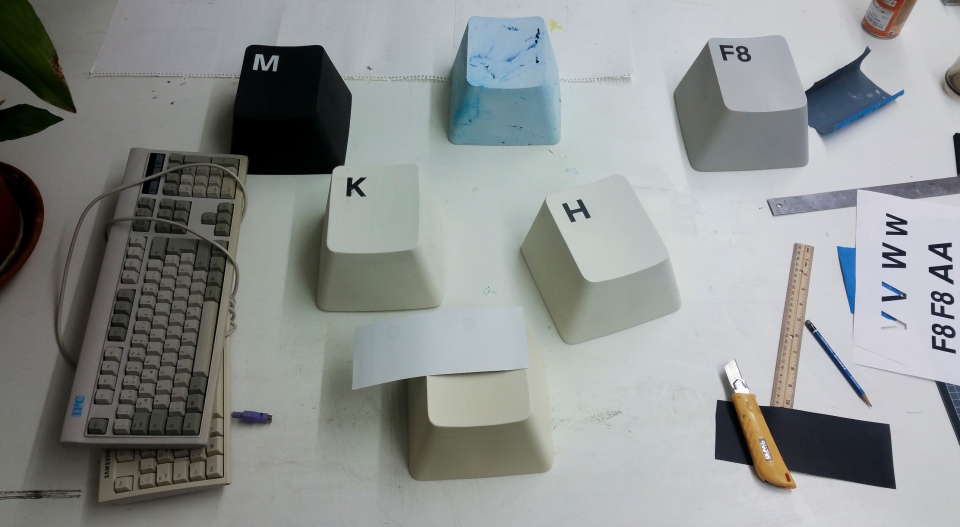 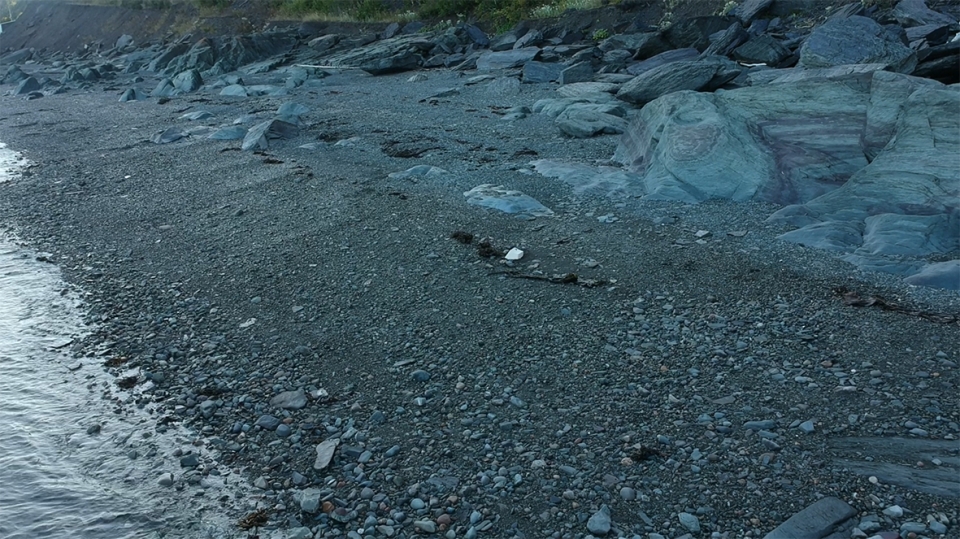 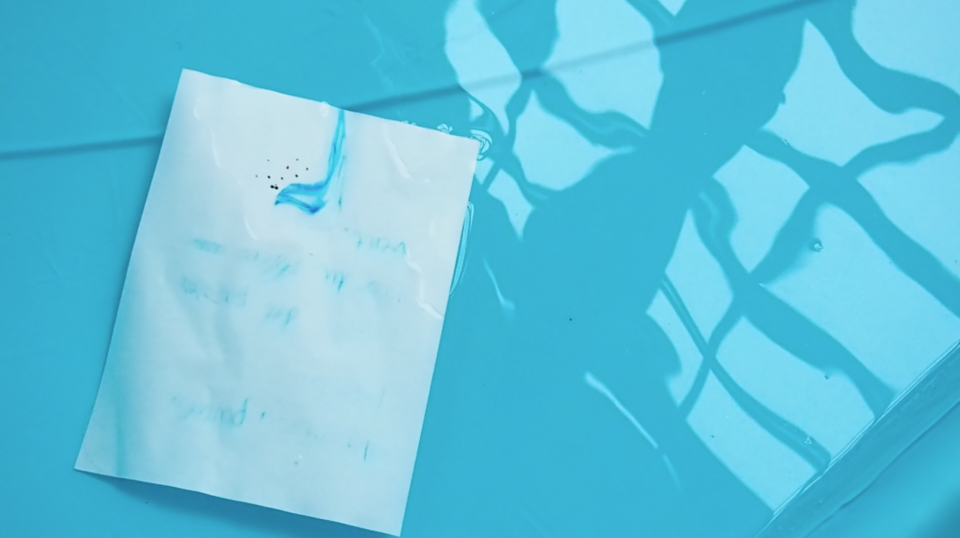 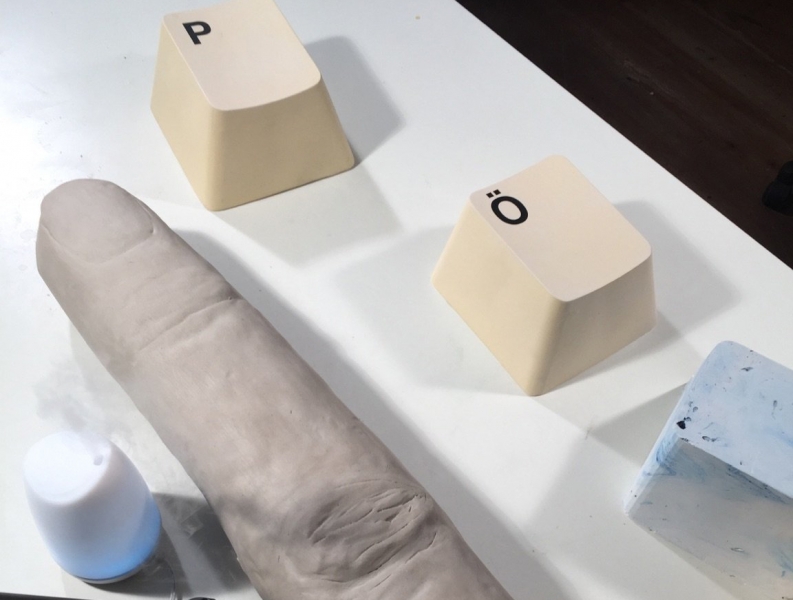 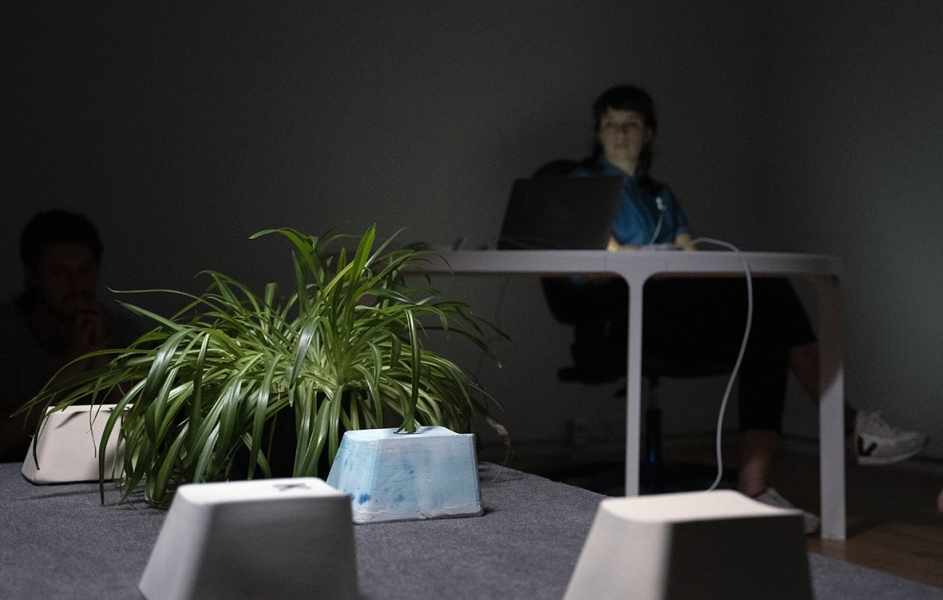 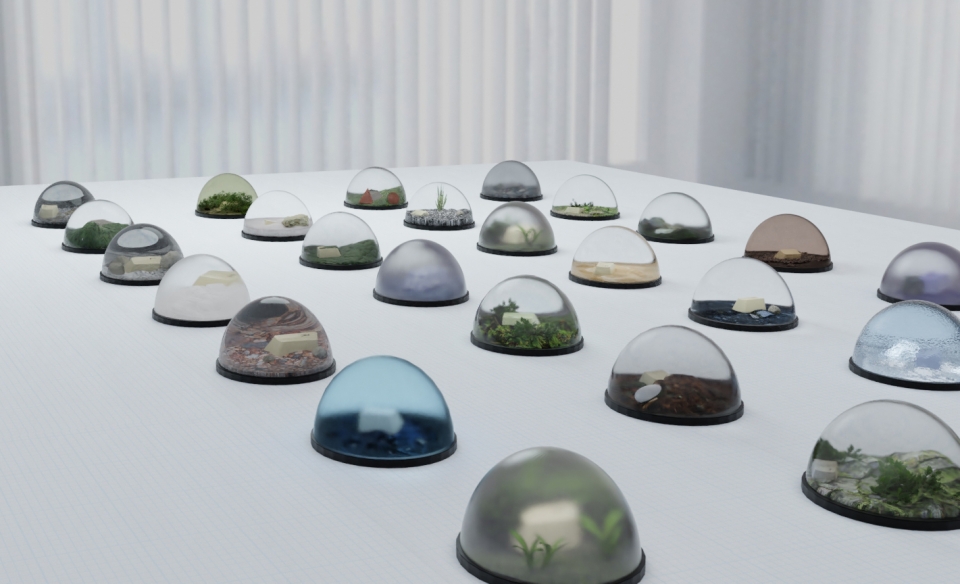 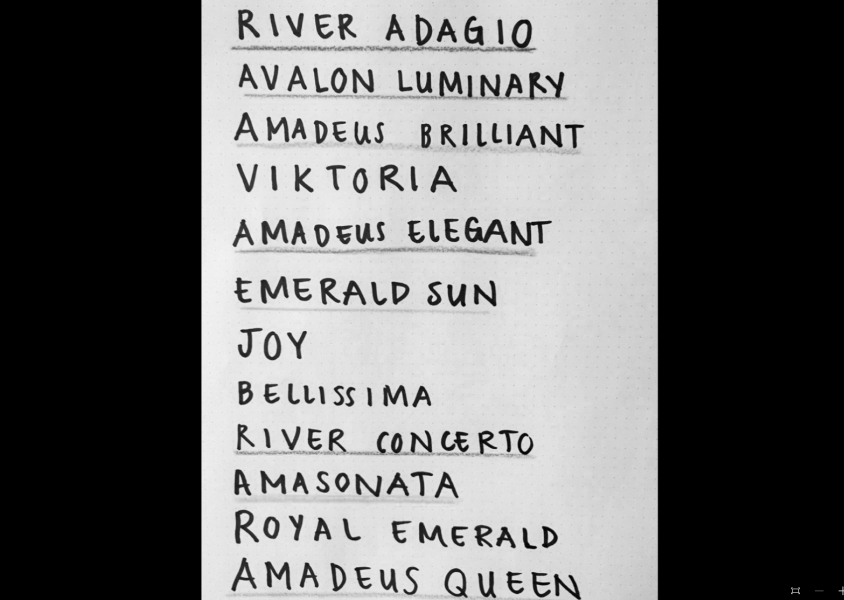 Marie-Andrée Pellerin about her 2 years Residency at the Atelierhaus

How did your work progress, how did it develop?

During these two years as a local resident at Salzamt, I developed a new body of audiovisual works about language, fluidity and science fiction. I used my studio to read, write and develop ideas, but also to experiment with different media, like sound and recorded voices. I occasionally used the space to make some more messy experiments, playing around with sculptural materials and their chemical reactions, which I filmed to bring into my video projects. My studio was a stable and cosy place where to land after research trips in other places and where I could digest, edit and bring into shape the collected material.

What were the highlights, important steps, milestones?

Working with video for several years now, the sound component became more central to my practice during the last two years at Salzamt, probably inspired by the important focus of Linz’s art scene on sound art. I started to collect old computer keyboards from the 90’s, assigning each key to short voice segments. These keyboards became important tools for my lecture-performances and sound editing process, because they allow me to abstract speech from its signifying function, going towards the materiality of the voice.
While I was in Salzamt, I also started to be really interested in the potential of science fiction novels, especially the ones written by women, for their utopian and emancipatory aspects. This will remain a central interest for the next years because it became the theme of my artistic phd at Linz Kunstuniversität.

Do you remember the first day(s) at the Salzamt studio?

With my two studio-mates, we met on the first day to organise the space, which was completely empty, excepts for stools and tables. Then things progressively started to accumulate in the space and we made some sporadic changes to the configuration to allow us to work more comfortably. To clear the space after two years also made me realise how much I accumulated: a mixture of more or less relevant artistic props for my projects, combined with completely random artefacts. I would stay that what will remain of my time in Salzamt in terms of artistic production is in the format of video pieces, sound work and documentations of performance.

How was the artistic everyday life at the Salzamt?

The location of Salzamt is special, not only for being on the shore of the Danube and therefore for presenting each day a different view on the river (foggy, clear, stormy, etc), but also for the numerous ships passing by. With increased activities in the summer, the touristic industry brings cruising boats which dock in front of the Atelierhaus on a daily basis. Observing the crew and the tourist groups disembarking from those luxurious ships is something that I did with great curiosity during these two years, as well as writing down the names of the boats. Their names are often related to some mythological character, either like a strong male viking or sea god, or a luxurious or fragile princess of the wind. I wrote down over 60 names cruising ships during the last two years and I hope to transform this list into a work one day.

Similar to the cruising ships industry but on a smaller scale, Salzamt has a monthly cycle of new arrivals, mostly through the international residencies, which are transforming the atmosphere in the house. It was a pleasure for me to meet many artists within these 2 years, some of which I will surely meet again in the future.

What did the Salzamt mean to you as an artist?

Except for periods of residencies, I never had a proper studio in the city where I lived. It was interesting to have this stability and the possibility to have access to a space where I could give forms to my ideas. The fact that the studio is free of charge is also an important part of it, because it removes the financial weight for some of us who are precarious cultural workers. To have access to a studio space also gives you the opportunity to try out new things that you wouldn’t be able to do in your own living room.

What are your current projects and your plans for the future?

I am working on a video and sound project called “Une seule Oreille Gigantesque capable d’absorber tous les bruits du monde”. It will be a sort of sci-fi experiment about language and the idea of linguistic relativity. For this, I have been filming in different locations, including with a drone on the countryside of Quebec, as well as in Steiermark, Austria. Some other experimental clips were filmed in my studio at Salzamt.
The main focus of my next years will be my phd at the Kunstuniversität. I have also a few exciting projects in the upcoming months: a group residency in the Moroccan desert about speculative fiction, exhibitions in Canada and Belgium, a performance at Valie Export Center and a research trip in the peruvian Amazon supported by LinzExPOrt in collaboration with Clemens Mairhofer. I am also organising/curating some upcoming projects in bb15 art space including an exhibition and a screening series. So my plan is to go through out all this with as much fun as possible.