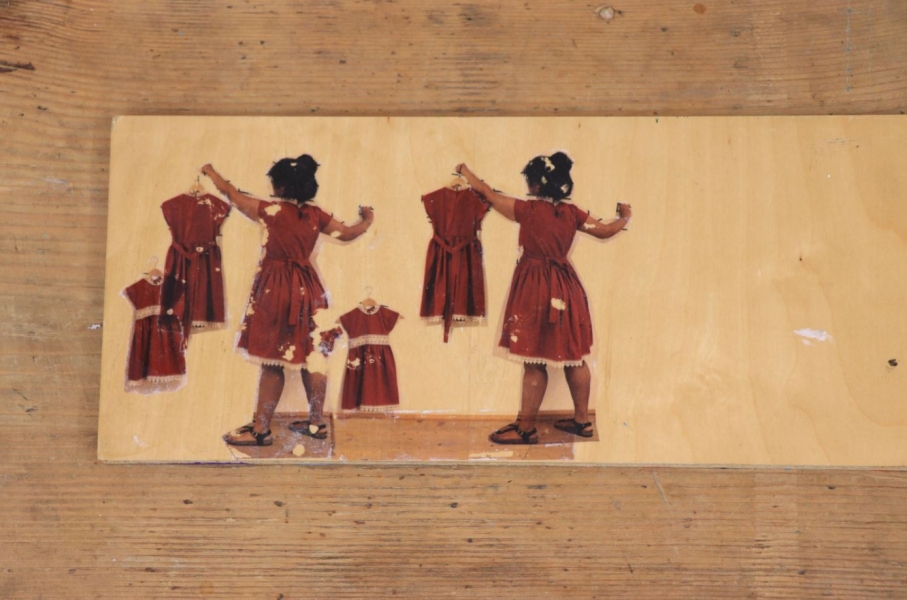 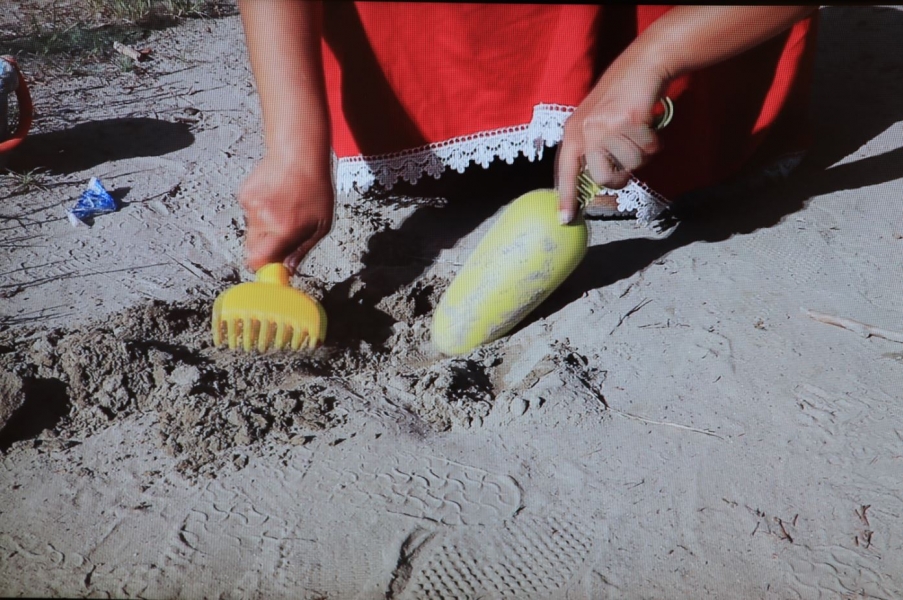 Samiraʼs Tales is a long term project, based on story telling about three periods of Samiraʼs life in the City of Cairo. Representing her childhood, life as an adolescent and as an adult through visual narrative, using a multimedia approach, such as photography, video, sound, postcards and installations. Cairo, Linz. 2010 / 2019.

…is a constant repetition of the same playful act of her childhood, that she used to perform in that space. An abandoned rooftop, that once was the highest building in the neighborhood in the 1940s. The roof was a secure playing area to play in, where she could measure her height in comparison to the objects and buildings surrounding her, trying to observe the street. As a curious child, she was fascinated by playing with the ground and soil around her and burying her own hair after cutting it. She imitated the act of burying bodies in the ground, wondering if her hair would  decay in the ground over time and how long this would take. Or would it  be lasting? Cairo 2010/ Linz 2019

…is the second series of “Childhood: “A Nine- Year Old Samira’s Tales” on a construction site in Linz, which is connected to Samira’s childhood in Cairo. As a child, she was fascinated by observing workers and the working process on construction sites for hours. Where she used to observe the surrounding urban transformation in the neighborhood from the roof, that she used to play on. And, she was always imagining herself playing on the construction site, through transforming it into her playing ground. But, she was always in the role of a stranger, an observer or walker. At 27/29 Graben, a street in Linz, she became like  a member of the construction site, playing, discovering and interacting with objects and space there, using her body and red dresses representing herself at a younger age, connecting between the past and present, through playful acts, parallel with the workers. Linz 2019.

What do you like about working as an artist?
Being able to visualize my thoughts, and transform them in artwork using multiple approaches.

You combine the work from Kairo with works you make in Linz – how does your work progress?
Using the form of storytelling offers me possibilities to connect between Cairo and other cities, as a director. In Linz, I have been researching and photographing how kids play on the ground, on soil. What is their approach in relation to their bodies. Then I filmed Samira’s childhood playing approach in front of them. I observed that parents beliefs and the surrounding environment enhance or reflect in kids‘acts and play. Playing is an important subject in “Samira’s Tales”.

How does Linz inspire you?
Well, so many things were so  inspiring in Linz, starting from the Italian ice cream shop, to the Danube, passing by Salzamt and it’s architecture, the stairs and the spacious studio, which allowed me to experiment and work more, dealing with the space. And experiencing students‘ work and the approach at Kunst Universitat Linz was added value. Beside recording the soundscape of Linz near Lentos with Michael Schweiger, and producing a second series of childhood : “A Nine -Year Old Samira’s Tales_Construction Site” . The Open studio at Salzamt and artists‘ studio visits like the Egon Hofmann Haus, like visiting Ars Electronica and OK, ending at the Artist Store, where money just seems to fly :)