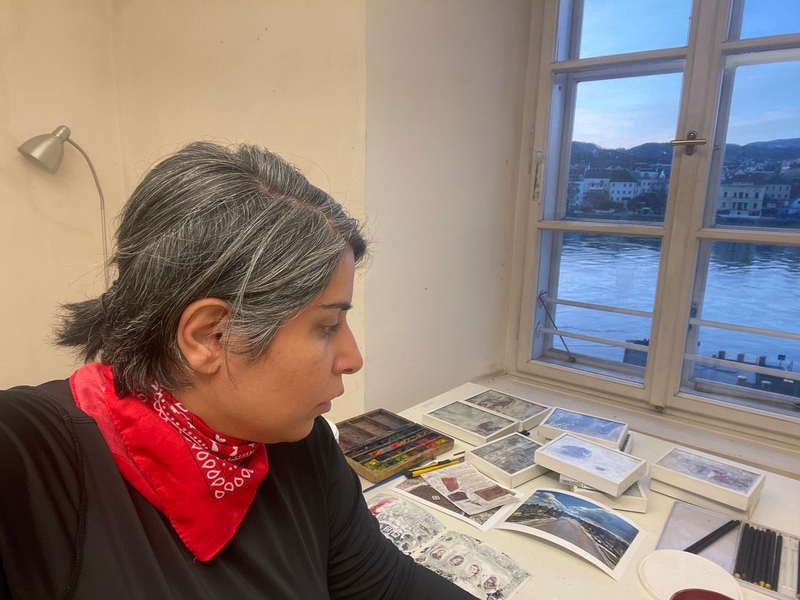 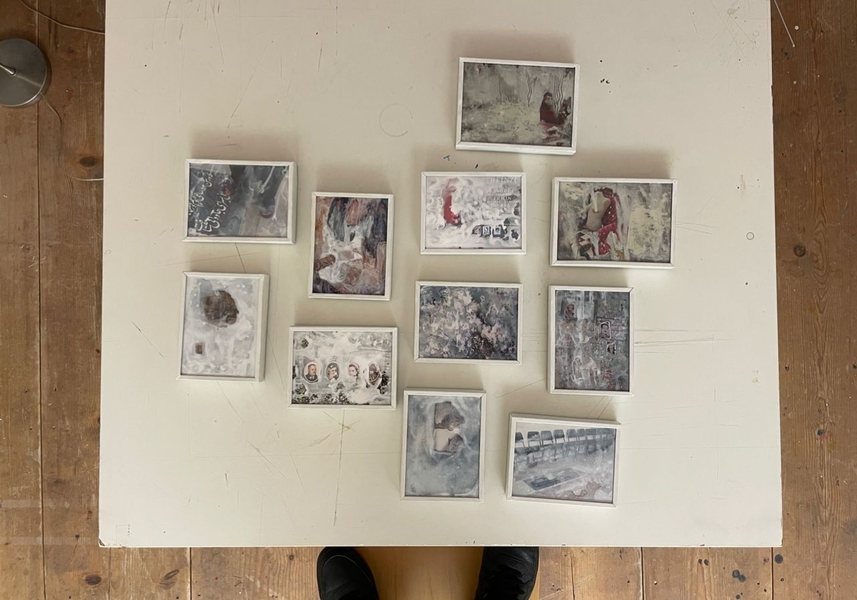 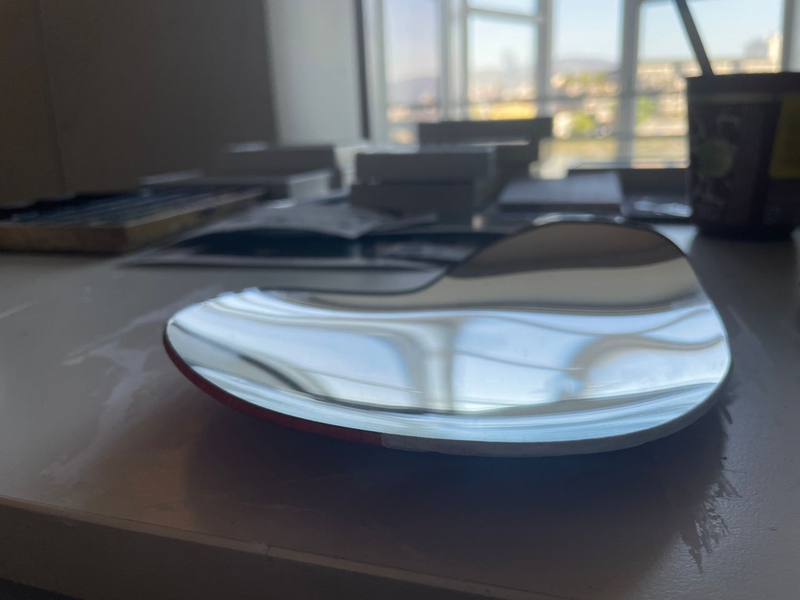 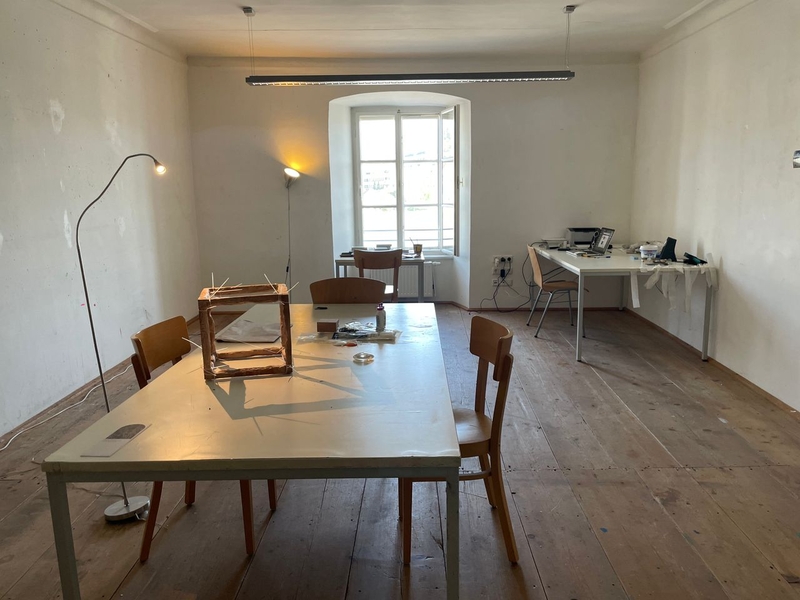 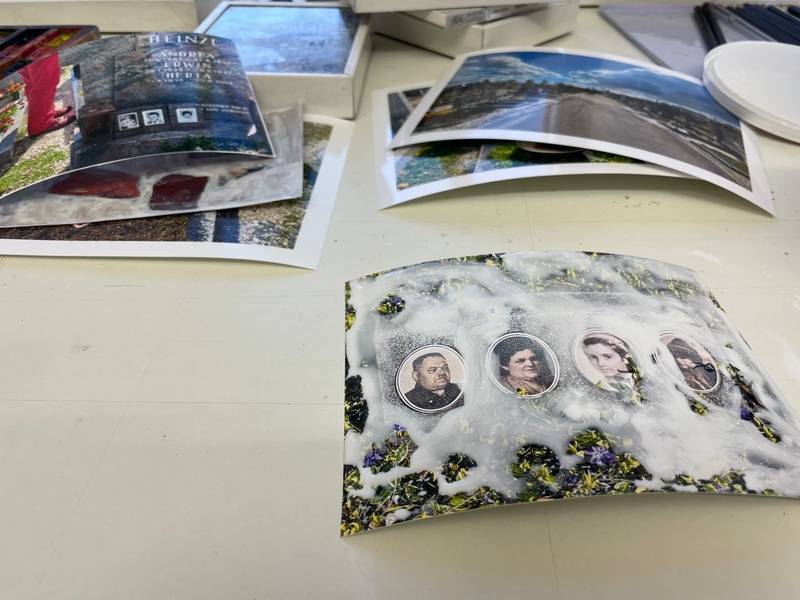 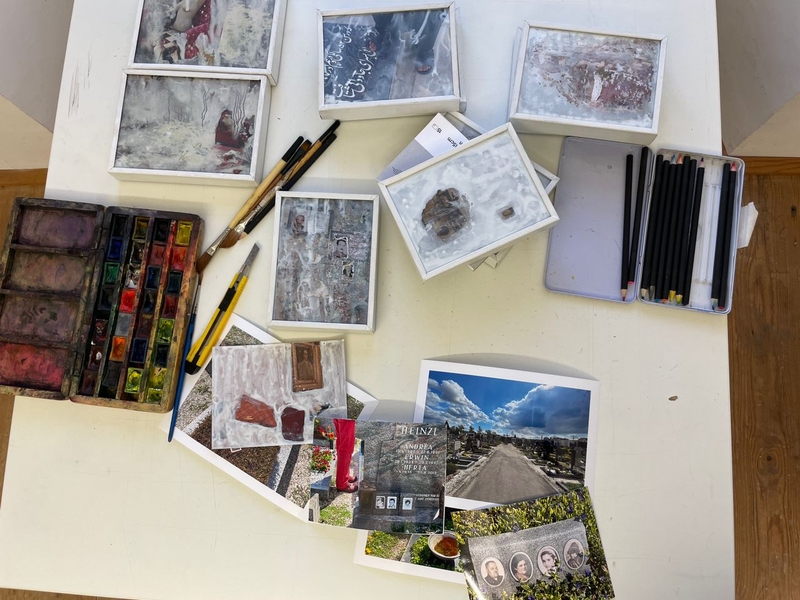 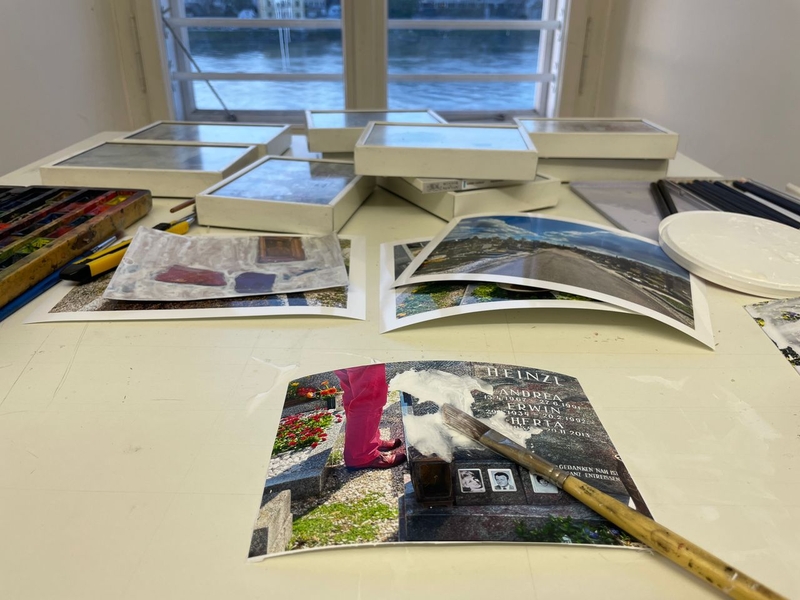 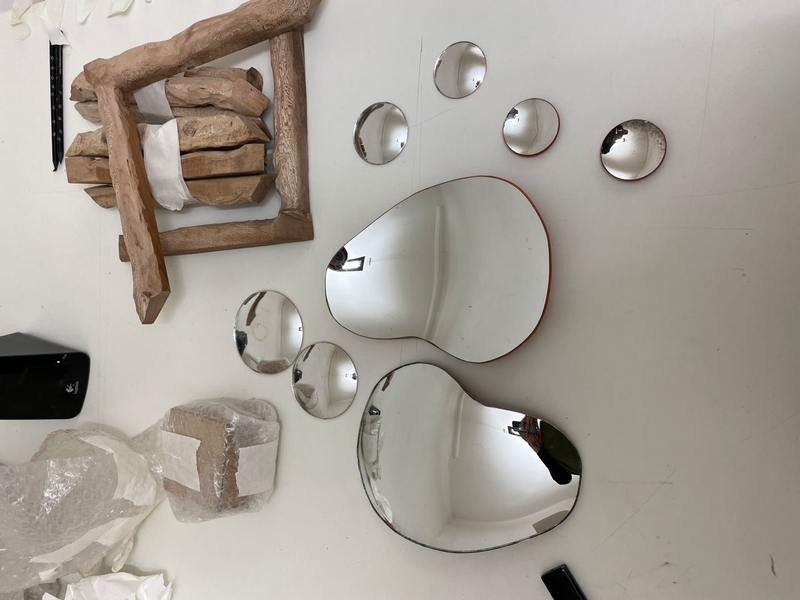 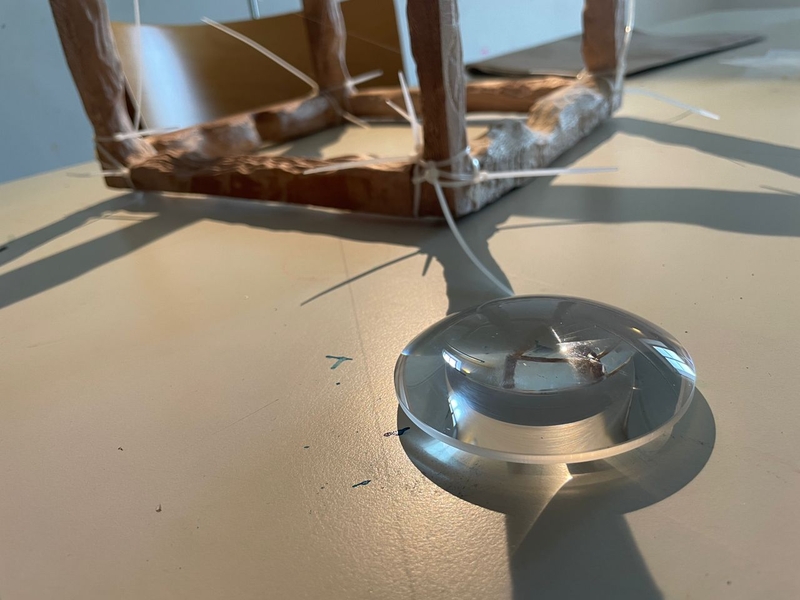 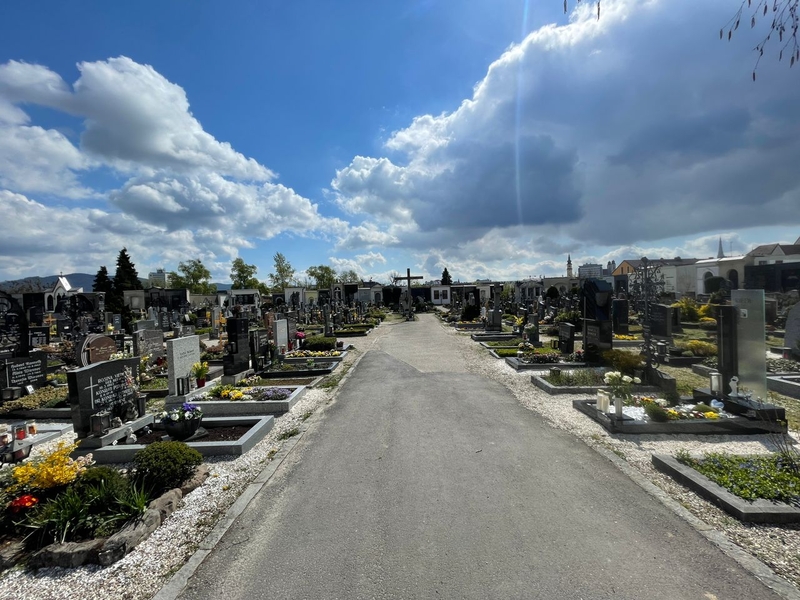 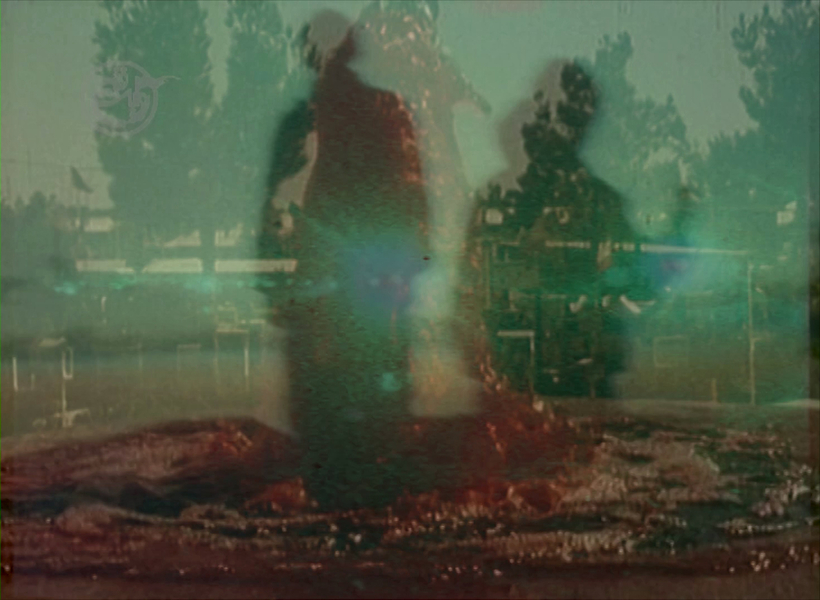 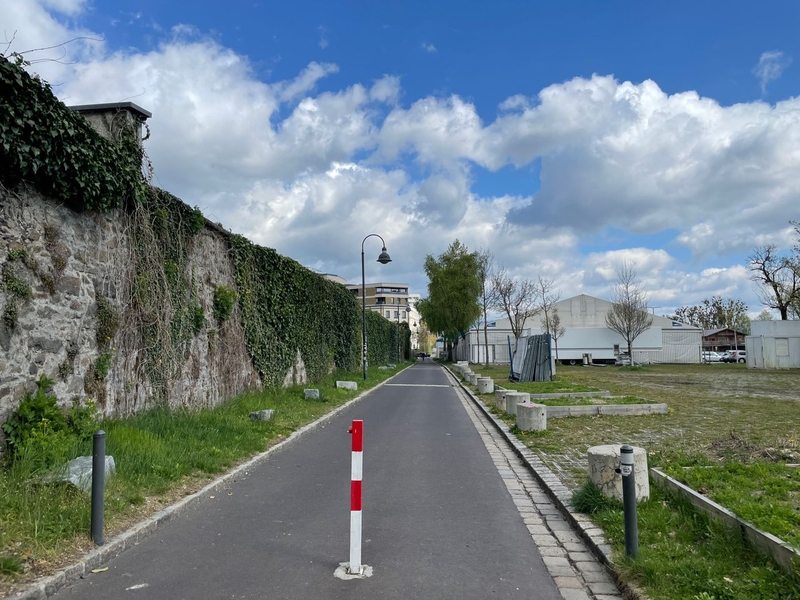 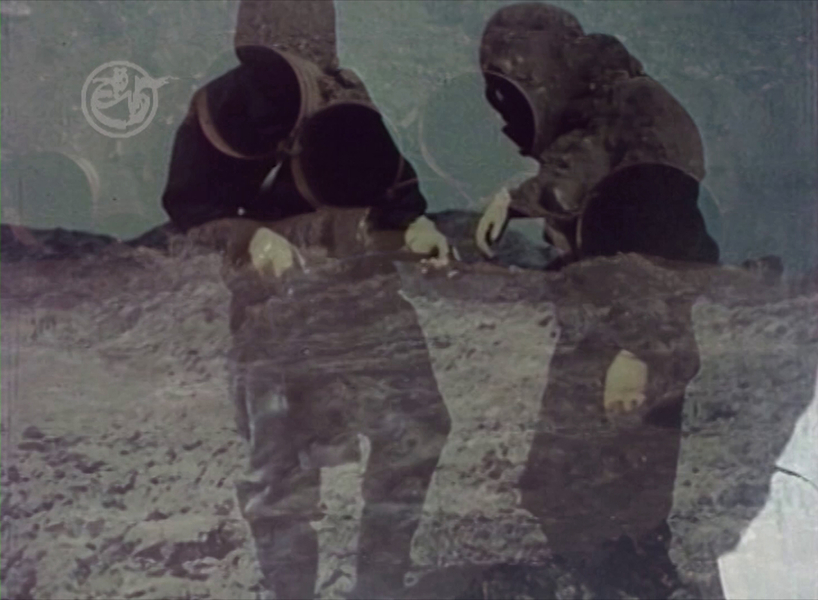 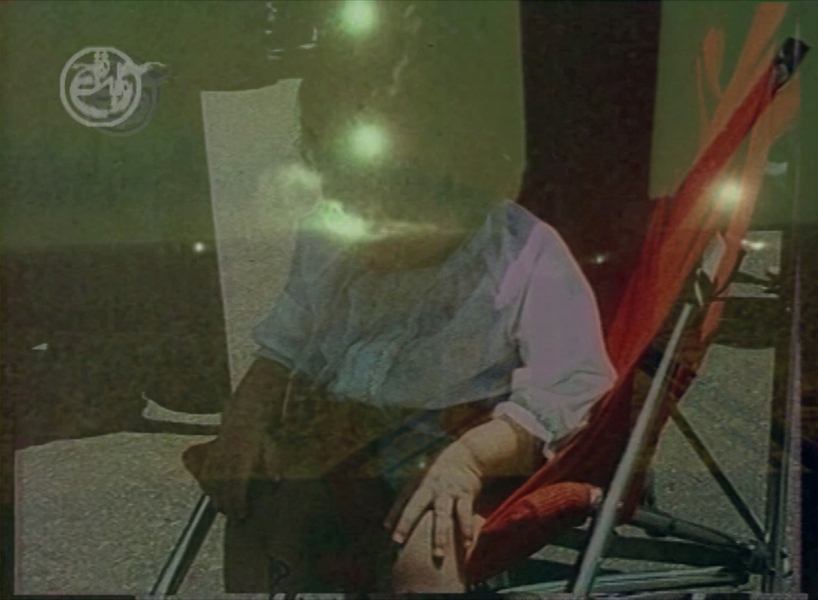 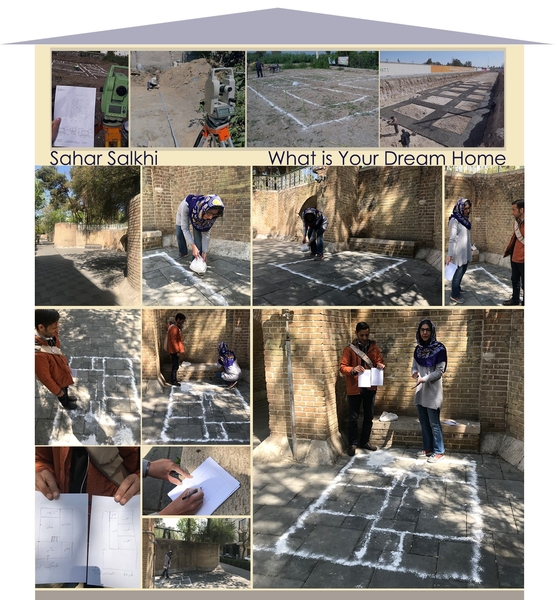 “Thou shalt be – Nothing – though shalt not be less”
Khayam

The photos weltered with white color, shatter the pleasant feeling of death like a gratifying scent from the depths of self-exploration and not as the darkness all conceive it to be….

Cemeteries of any city or country have always been fascinating for me . . . somewhere full of tranquillity, silence and stillness.

The collection I’m working on in Salzamt is the continuation of the photo paintings I gathered in Iran from some small old cemeteries, where you could search for the track of death. For there were small families stablishing life near the graves and planting grape trees, tomatoes and peppers. Since then, the concept of living on death has been progressed by investigating these visual elements.

I also went to some cemeteries here in Linz and I’m still trying to discover and record the elements regarding the concept of living on death considering all cultural, traditional and ritual differences.

Vā is seven videos made in the process of an artistic research project 2019-2022 on the TV war documentary series “Ravayat Fath” made by Morteza Avini; approximately 55 hours of documentary films from the front lines of the Iran-Iraq war between years 1985 – 1988.

Vā in Persian is mostly used as prefixes, suffixes or between two words in various meanings: again, re-, back, against, un-, de-, dis-, to, toward, open, separate, with, alas!, oh! and really?

An artistic research project about Dream Home in Teheran (March 2018-May 2019)
What is dream home?

Gaston Bachelard once said the house is a “psychic state”, a place where one should feel safe and at peace. The house may not be everything to us, but without a proper house we could not dream properly (as Bachelard would put it), let alone realize our dreams.

Not so long ago, Iranians knew what they expected from their houses. With the rapid pace of changing lifestyles, especially in metropolitan areas, the idea of a proper house seems to be lost on them. That’s where the architect comes in: taking an evidently multidisciplinary approach to the phenomenon of the city, she should redefine the concept of the house to accommodate the needs and wants (and of course dreams) of its future inhabitants.

Instead of usual questionnaires, I use semi-structured interview method based on scenario building to create a simple space where the interviewee could freely contemplate and express his/her ideas. This could be considered a kind of street performance that engages the passerby to reconsider their conception of a proper house.

In doing so, I offer them a simple chalk-drawn square on the sidewalk, representing the house. Then, I ask them to define their desired house and its elements, and modify the chalk-drawn representation accordingly until we reach a final draft. At the end of the dialogue, I take a photo of the sketch and give them a copy if they like. The project, still ongoing, started last winter in Tehran and will be pursues in several other cities of Iran.

Now in Linz, the project continues with questions from immigrants about the concept of home. What did you bring with you? What do you decorate your house with? Do you feel at home in this house? What are the elements that remind you of home and such questions. I make friends with immigrants and we talk. The result of my work is not one or more artistic objects but an artistic research.