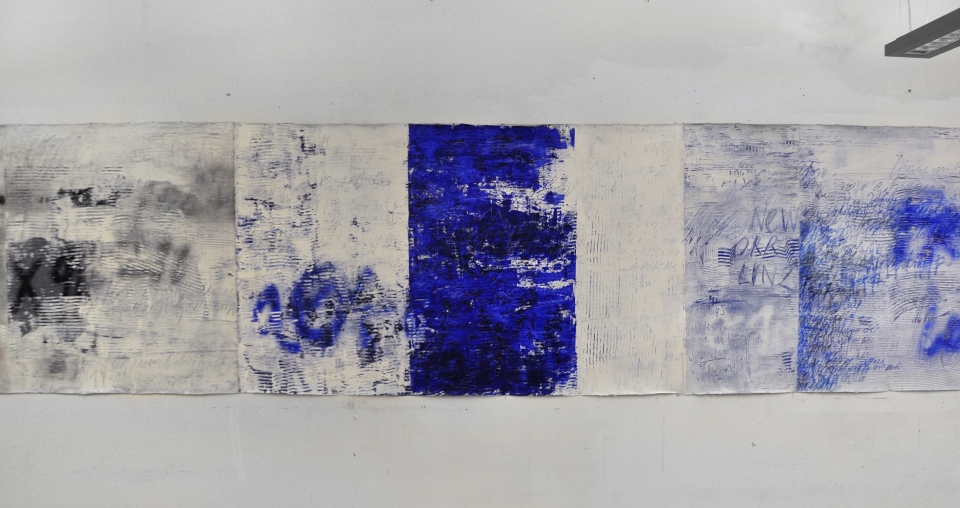 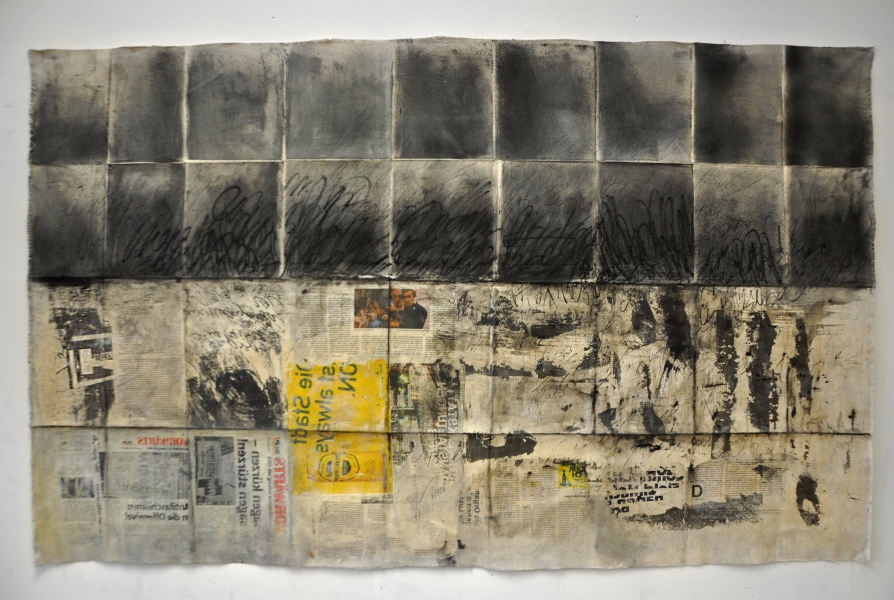 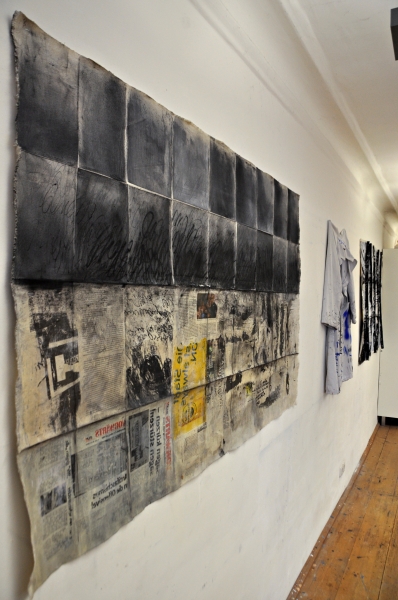 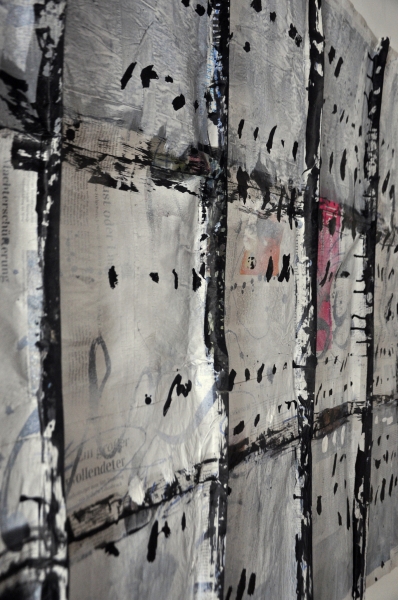 Pictures of exhibitions and her work in progress in Linz…

Ivona Trickovska – Artist and restorer from Skopje about her work

I have a propensity to transform spaces that are more conventional or traditional into a less ceremonious setting, an informal environment perhaps. I do this with large-scale paintings (sometimes unstretched), hanged in a row that wraps the exhibition space, thus condensing the displayed works into a visual continuum while viewing them sequentially. The conceptually linked paintings allow for the visitor to experience a simultaneous perception of the sequential presentation on view, immersing from one to another imagery while discovering the many references between the series of work. Ideally, I’d like the painting frieze to be with no designated beginning or end, just an uninterrupted flow of images. Another, even more important aspect of creating the informality of the ambience is the mundane and graffiti-like elements on the ‘canvas wall’. The specific textual graphicism that is conveyed throughout the canvases is attributed as asemic in its essence and it mostly consists of sprayed-out, barely legible words and signs reminiscent of the ‘uncurated’ layers of graffiti we see everyday on the streets and illegible handwritings we see in our notebooks, on pieces of paper, written in haste on top of printed texts, scratched letters, symbols and elements we see on the walls on our daily routes, etc.

Working on big surfaces is more liberating and often the end result is surprising no matter what you start with as a concept. I feel the viewers are more aware of themselves, their physical presence is magnified and it’s easier to immerse into the image on view. You simultaneously feel exalted but also grounded and small.

In one form or another, the asemic writing has been an interest of mine for a long time. Asemic is kind of a semi-abstract language, open for interpretation, challenging our cognitive reflex accustomed to identify and interpret the visual content, making the observer hover in a state between reading and looking, trying to root out meaning where perhaps there is none. The symbols, letters, emerging words and handwritings, along with the gestural, informal traces, lines, marks, cuts and scratchings carry the context of the asemic language, thus making the fusion of elements into a unity, which then sets it free to subjective interpretation, such as perhaps the evocation of the visual ‘drama’ of the ruined, picturesque, palimpsest walls bearing the traces of time and human interaction.

Exploring the field of the asemic, the liminal space that harbors the consciousness and unconsciousness,formality and informality, meaningful and meaningless is always inspiring.

For me the meticulous, subtle and delicate restoration work is the perfect balance of the action and set of skills you have to put in when working in large-scales. I like the juxtaposition of their ‘gears’, it gives me the right kind of energy for the work ahead.

I heard about the Linz residency trough the CreArt open call. Atelier Salzamt is very accommodating for artists and I’m happy for the given opportunity to work at this great place and get to know this charming town.