Yesterday evening the opening of kristallin #17 took place. On the one hand it was the opening of an exhibition, on the other it was an event consisting of several dance performances. Josseline Black curated the event and Jianan Qu  from the Bruckner Uni was her colleague. Elsa Mourlam from France and Juan Camilo Herrera from Columbia were invited to show dance performances.

The evening began in the usual manner with opening speechs and proceeded in dance performances. Starting with Josseline Black, who was first very sure about the geographical directions north, west and so on, but became more and more confused about them. After this first part, she suffered from different types of physiological pain, measuring it in numbers (my head is aching, 33,3%, my left arm…). After that, she played with different stages of gravity (gravity zero to gravity 18) which forced her body into weird positions.

Elsa Mourlam came with a violin player. He produced ecstacic sounds, wild and wilder, but sometimes also smooth, to which she  reacted much like a puppet on a puppets players strings.

At last, Juan Camilo Herrera showed his perfomance, accompanied by a woman who read strange texts. Juans body was in permanent movement, with postures that an average human would never be able to survive.

This was the event. After a small pause, used to rearrange the moveable walls, hanging some pictures and adjusting the lighting, a video by Jianan Qu was projected and the audience and the artists as well could enjoy the rest of the evening with some drinks and private talks. 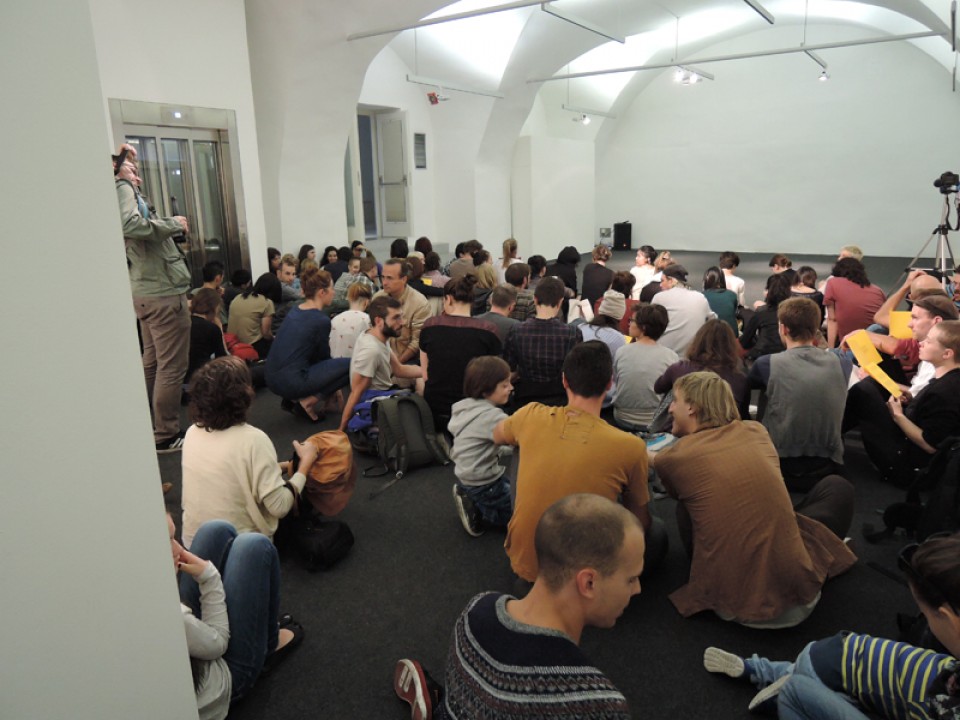 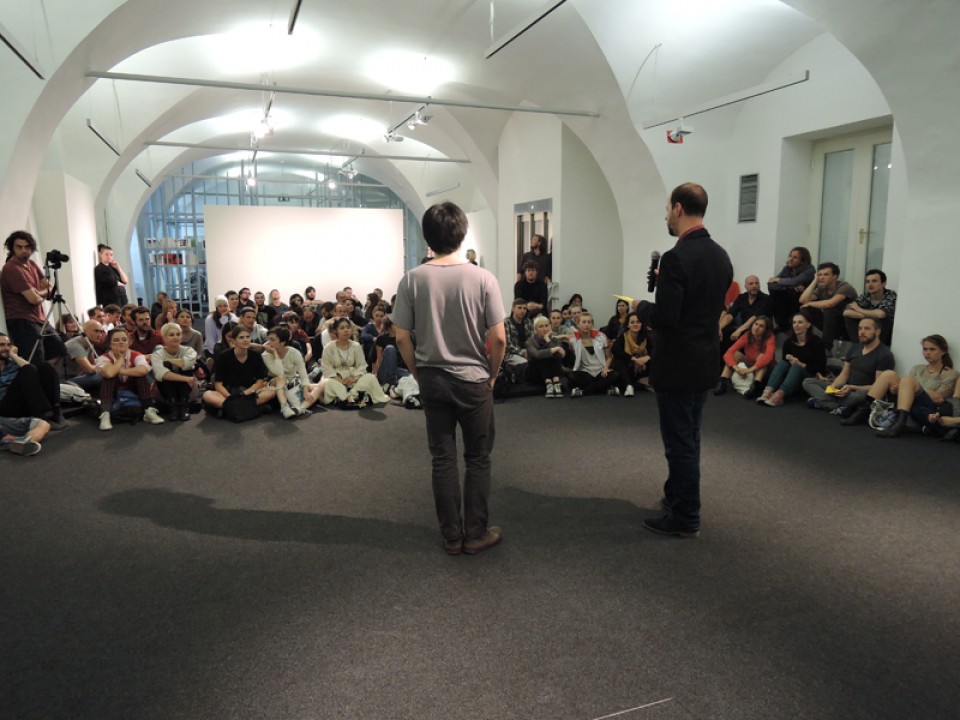 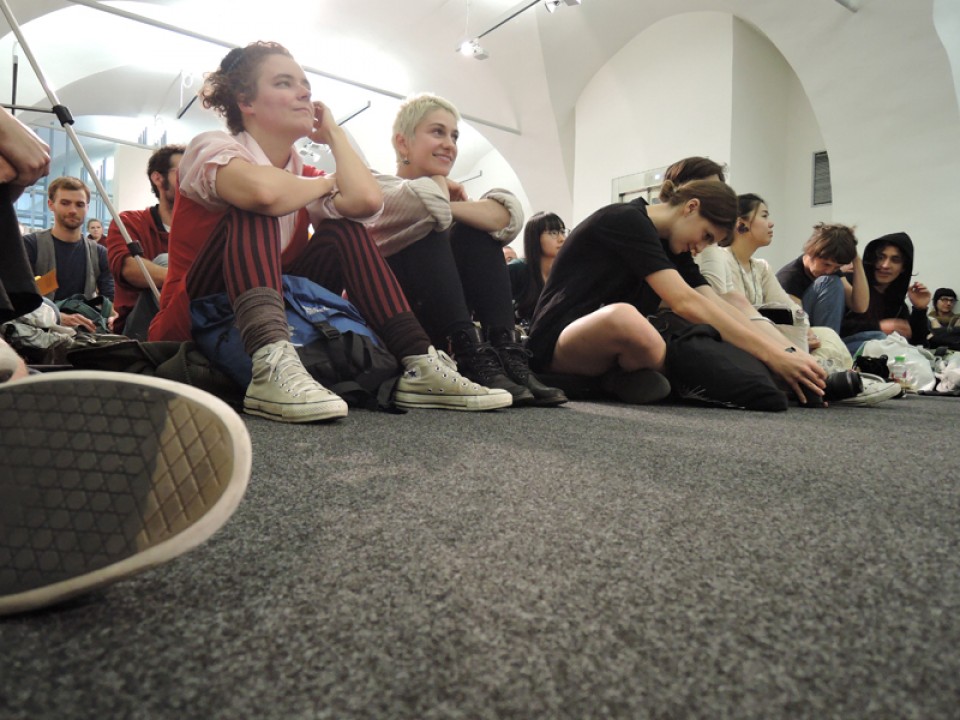 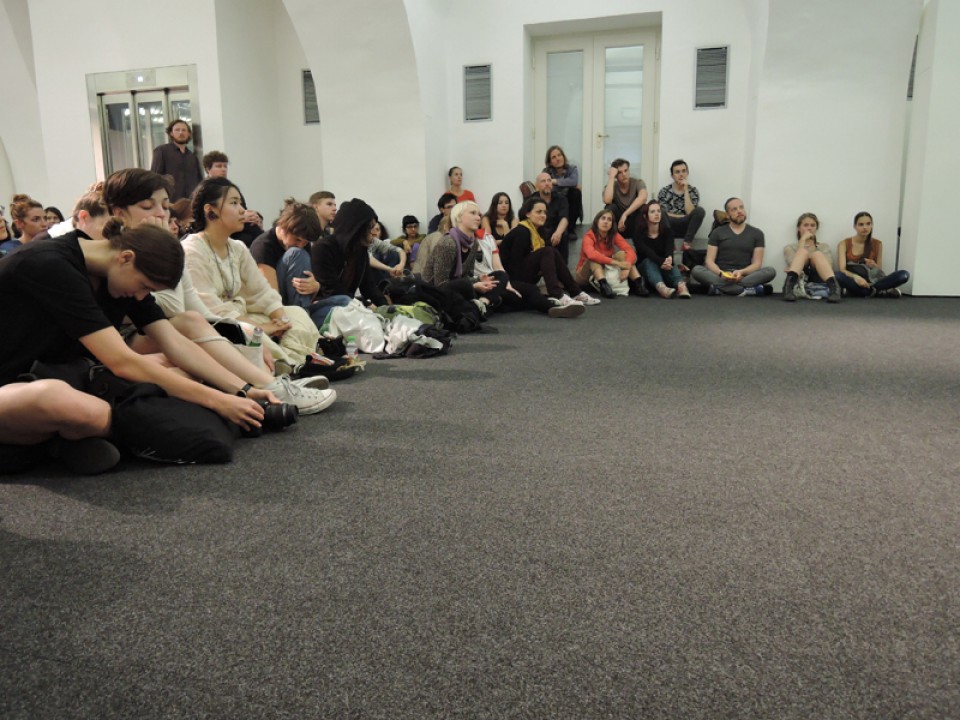 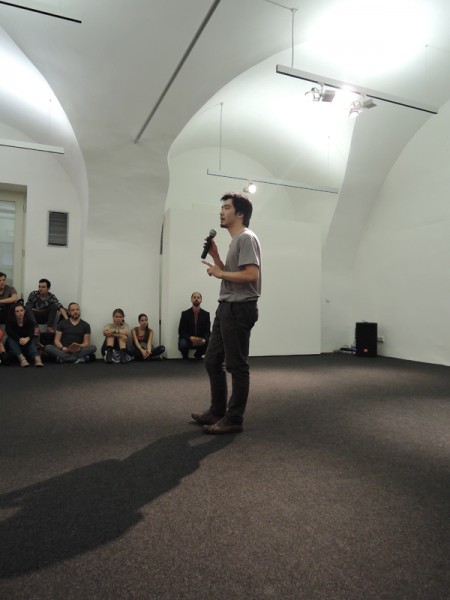 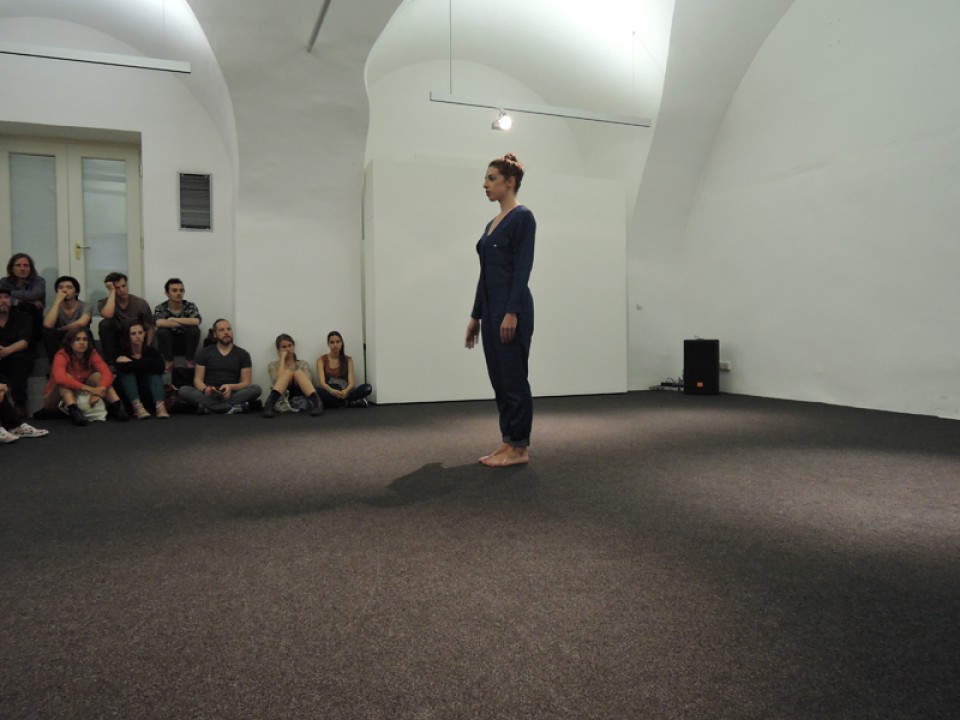 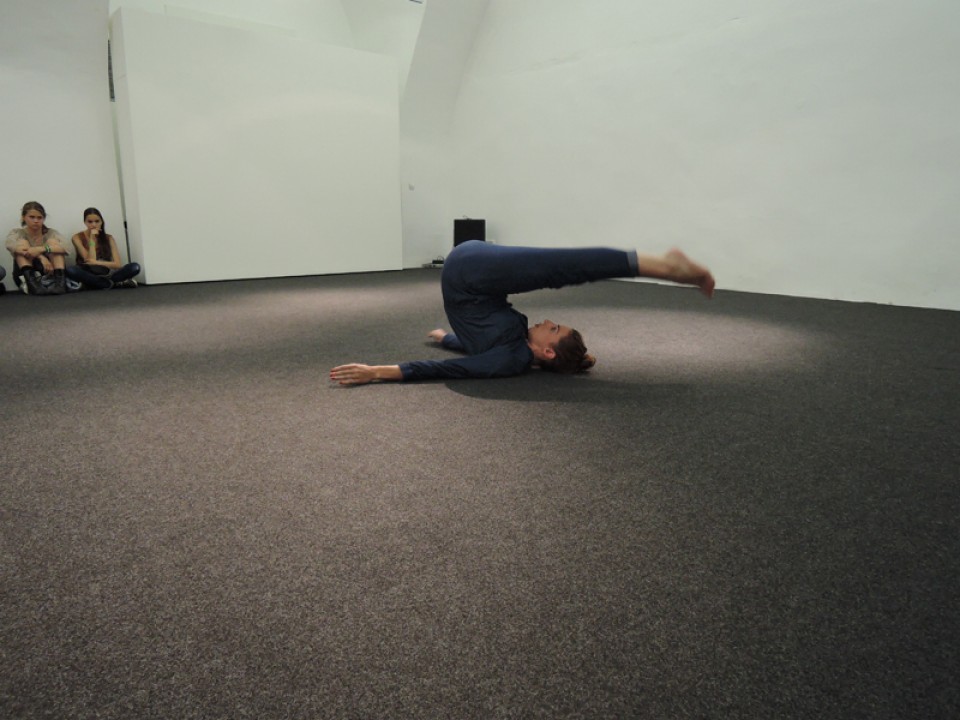 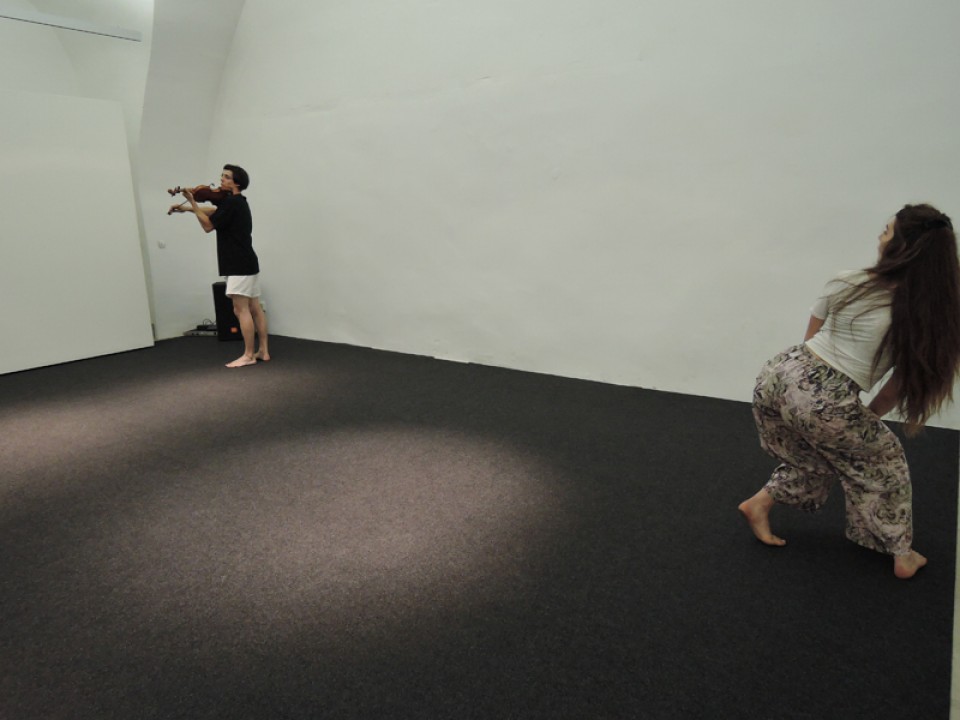 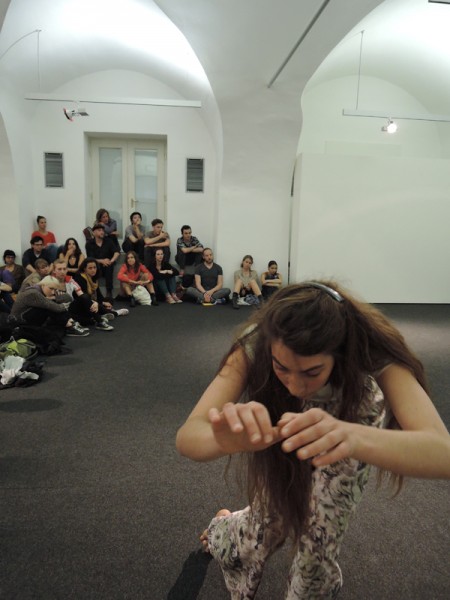 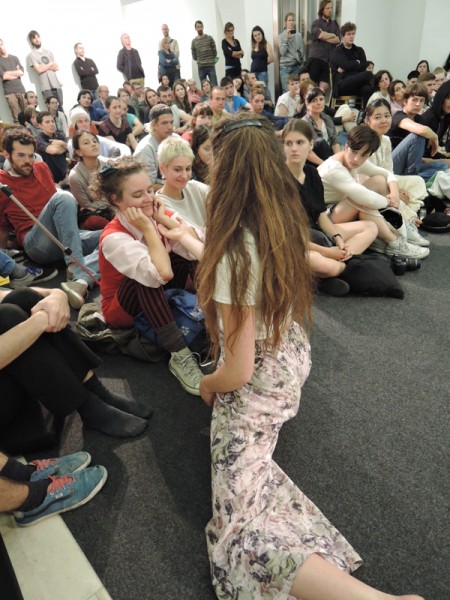 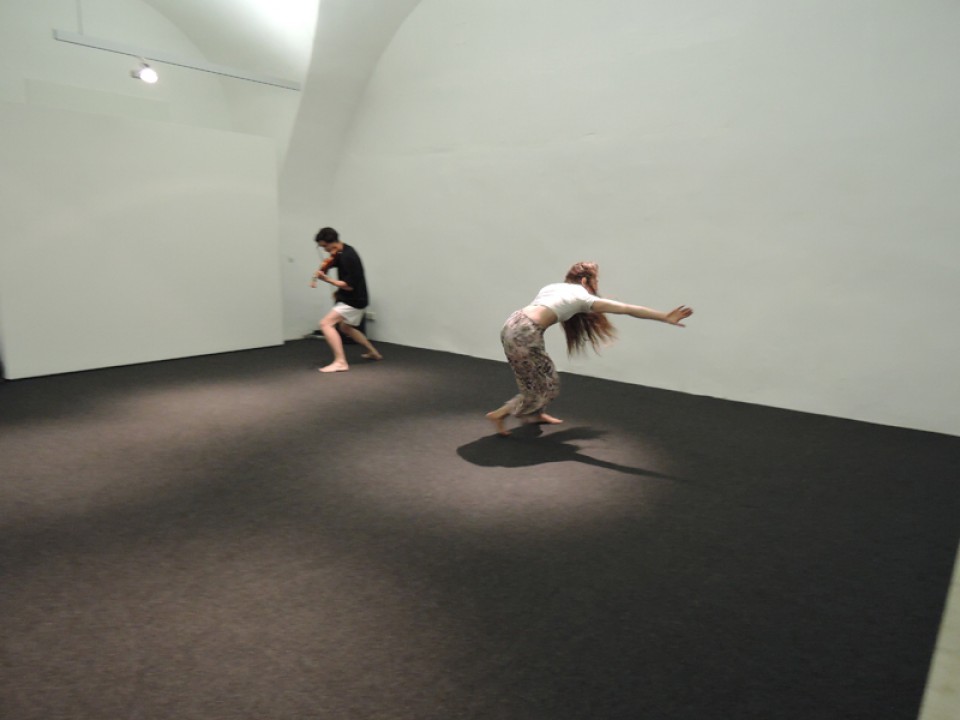 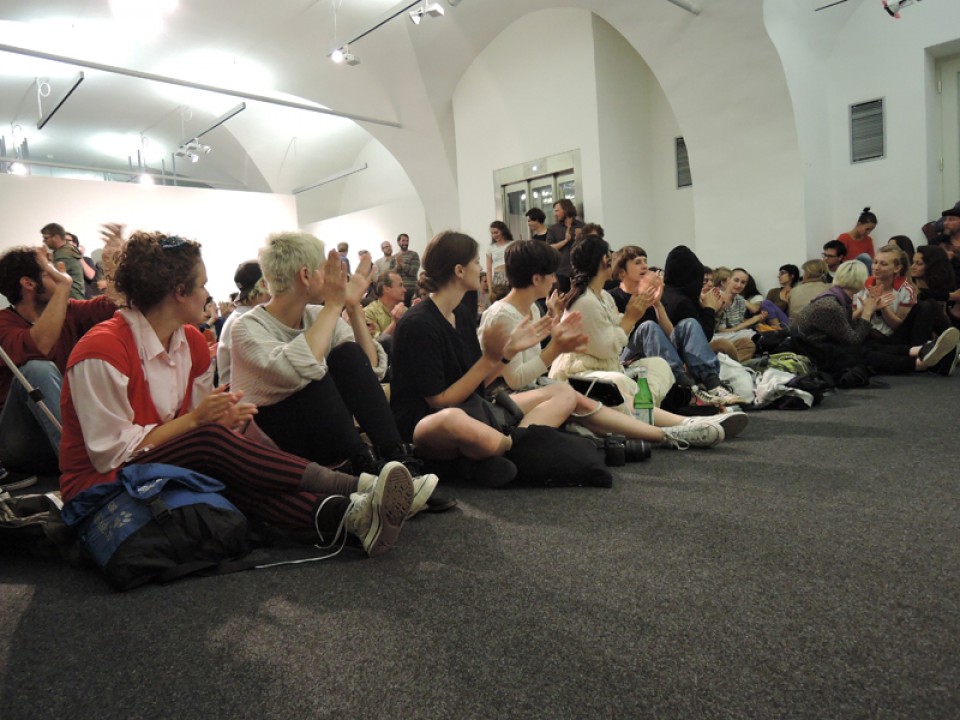 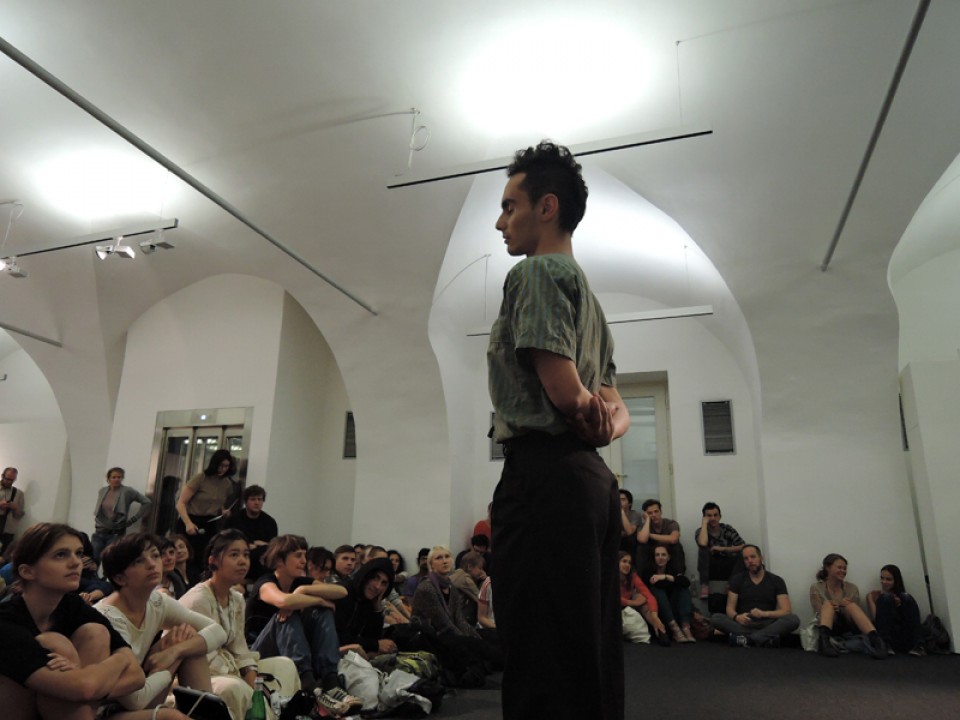 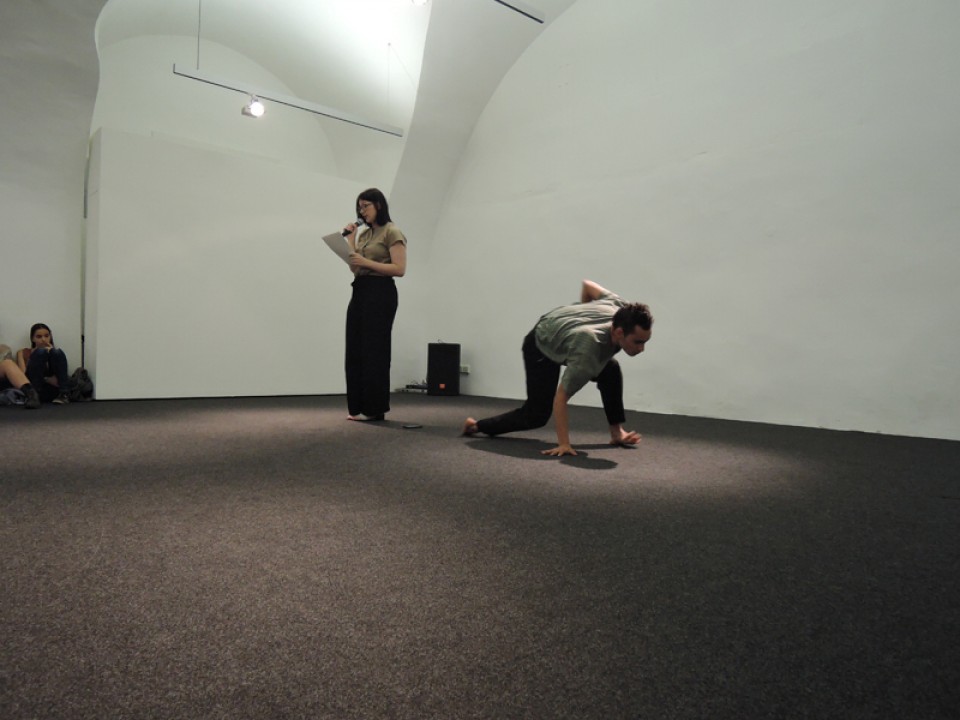