Andrea Maria Krenn was born in Bavaria, studied painting and sculpture in Linz, and lives and works presently in Vienna. Recently she received a stipend for a one-month-stay in the Salzamt by the federal state of Upper Austria.

Since her graduation from the Linz University of Fine Arts, Andrea is interested in the difference and polarity between architecture and space on the one hand and the picture on the other. She investigates the difference but also the synthesis between two- and three-dimensionality, the body and the area. For example, you can transform a drawing into a 3D object by simply placing it in the middle of a room. For our exhibition “The Home Show”, Andrea created indications of space by simple vertices.

Last year Andrea spent four months in Paris as an artist in residence. During this stay she engaged in paper collages, which she built up in layers. In this way, a naturally 2-dimensional form of presentation is extended into the third dimension. During her stay in the Salzamt, Andrea further developed this technique by using materials normally found in the field of interior design, called “Bauhaus” materials by herself.

Her first works of this kind were dominated by rectangular shapes. The architecture of the Salzamt (which is a baroque building) however inspired Andrea to consider the inclusion of some curved elements into her artwork.

The following photographs were taken in her studio in the Salzamt. 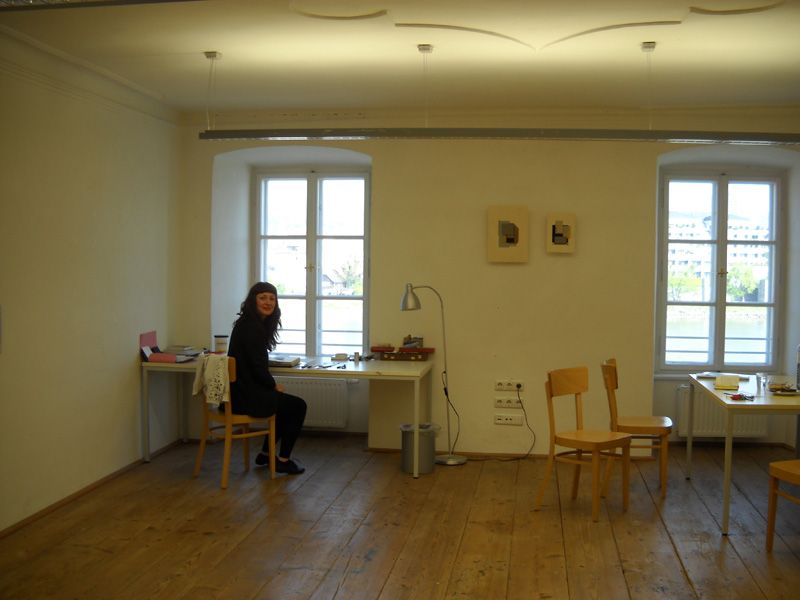 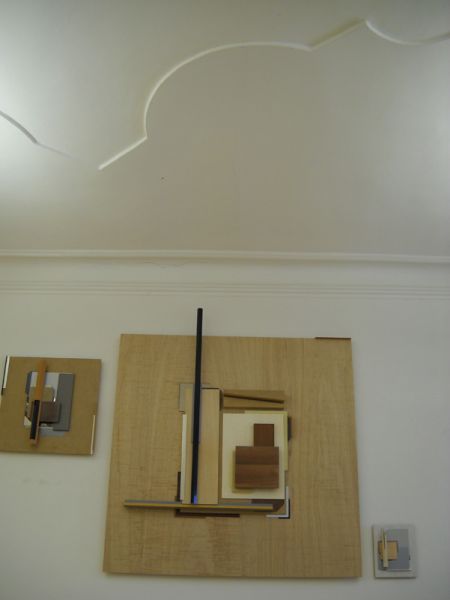 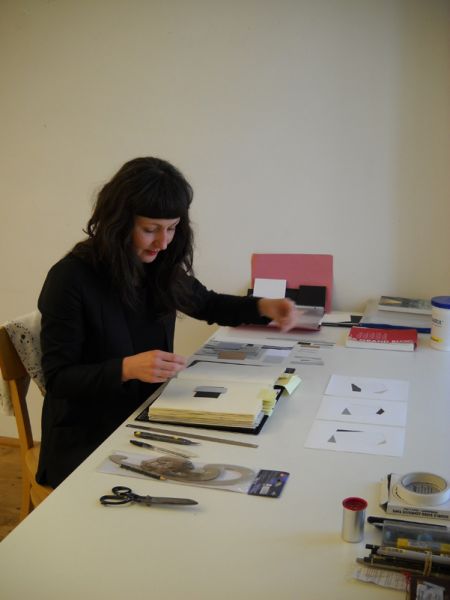 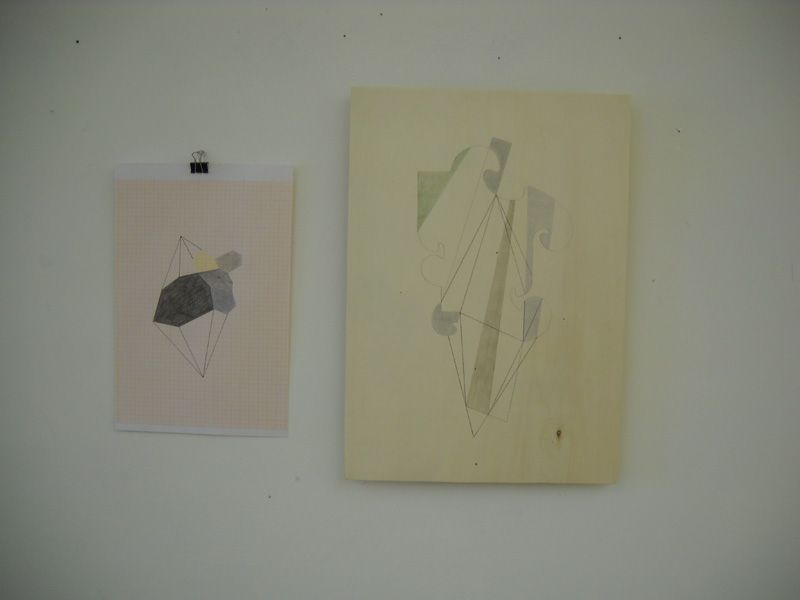 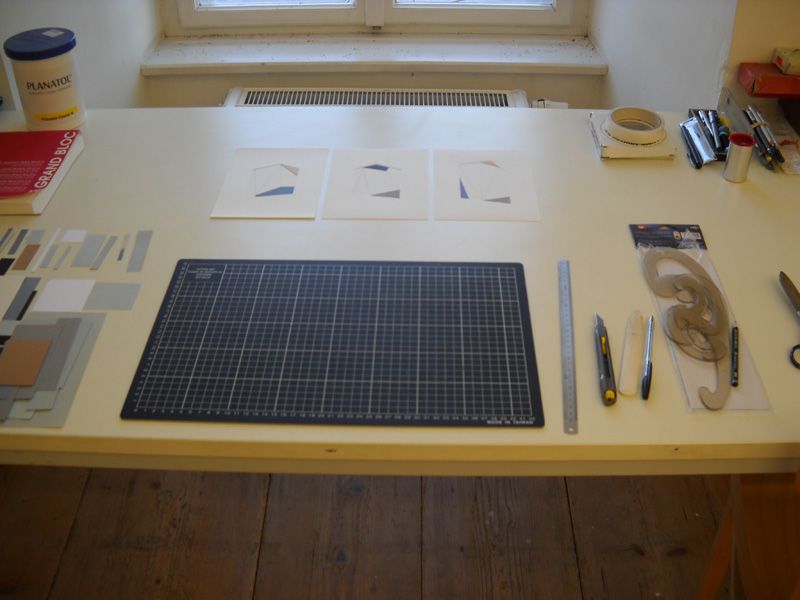 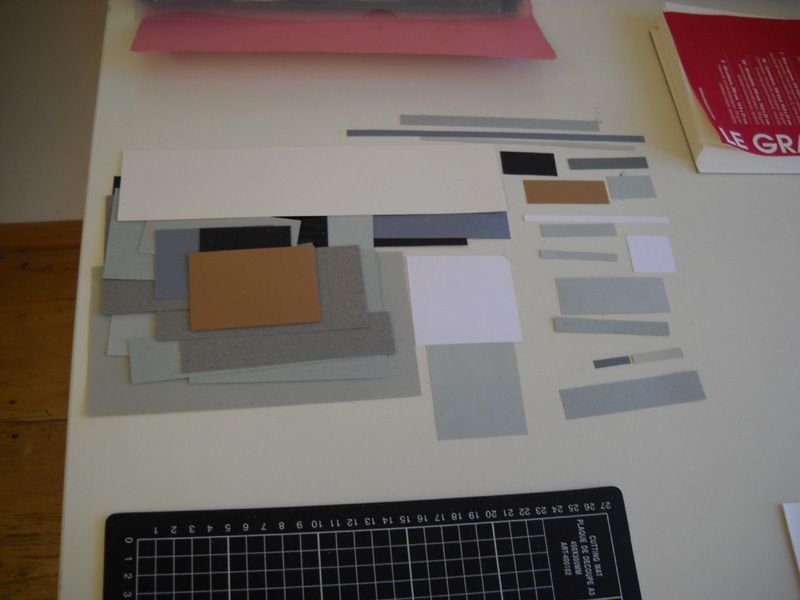 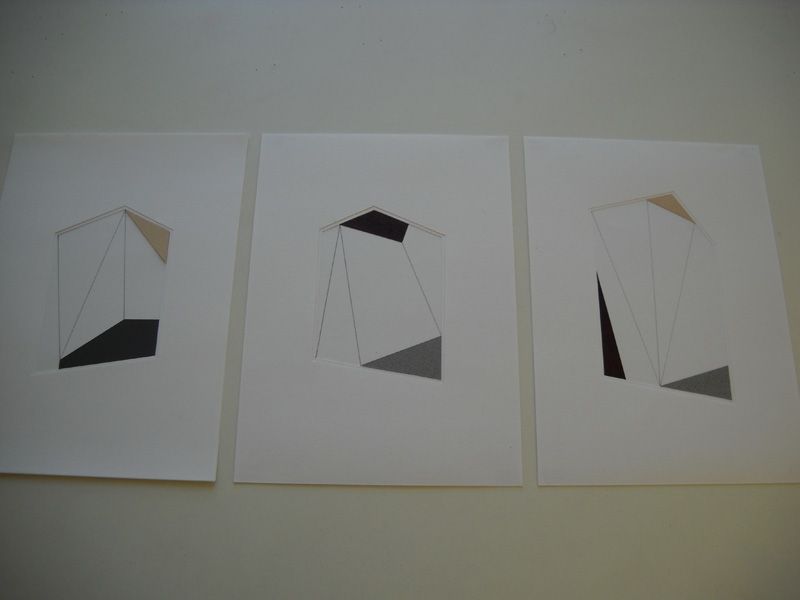 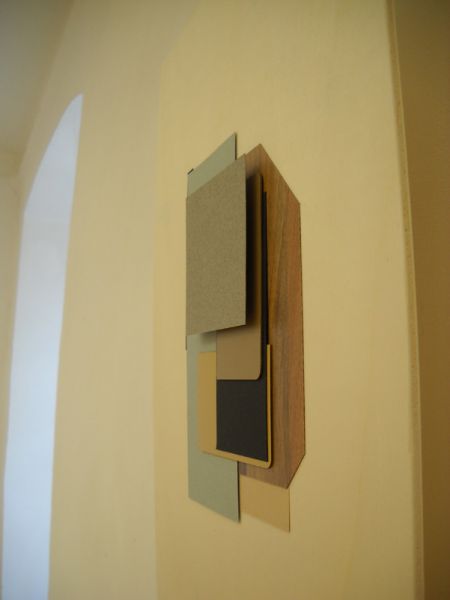 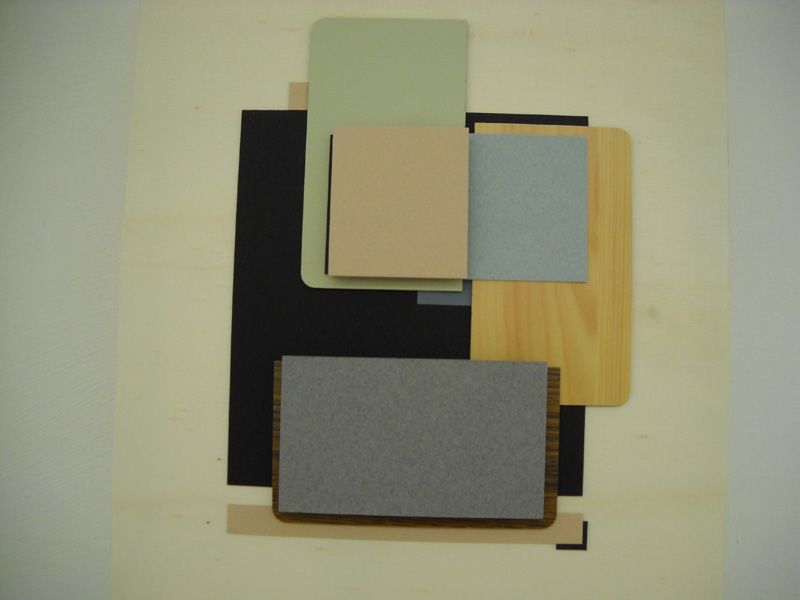 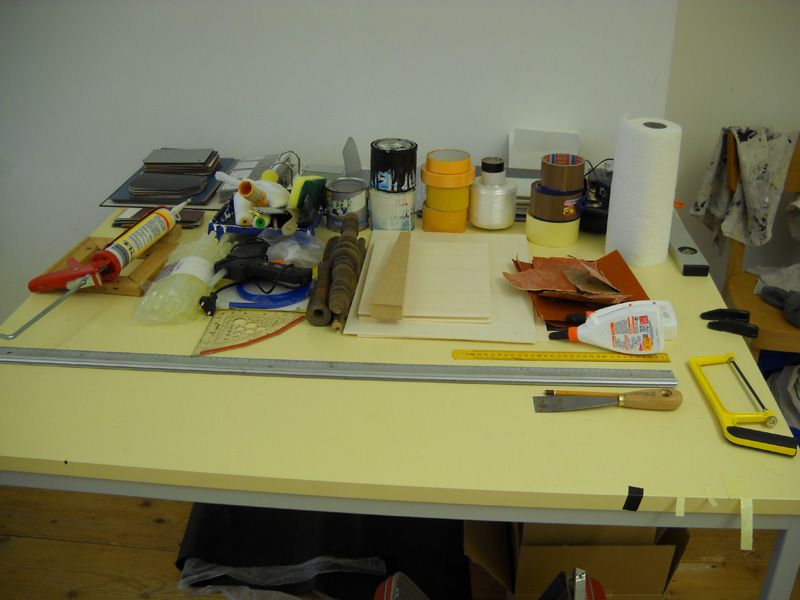 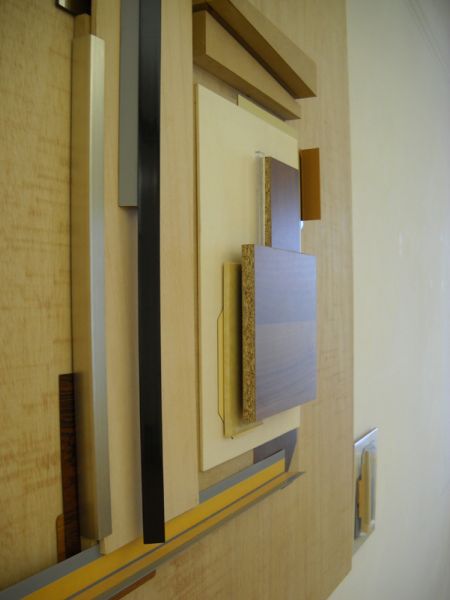 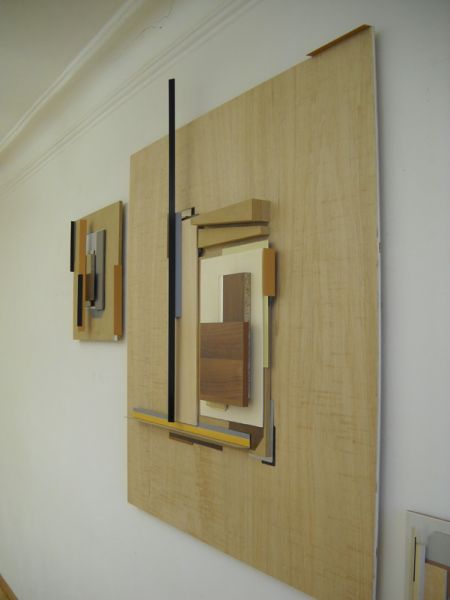 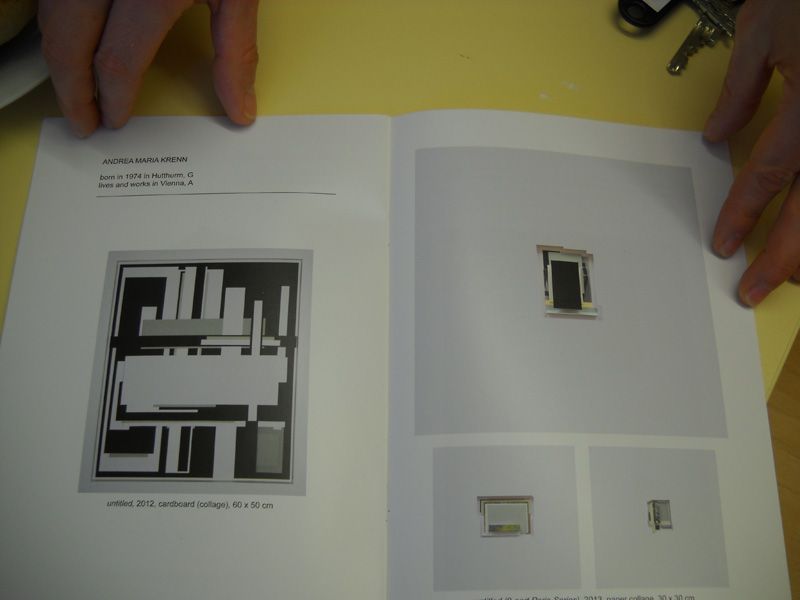 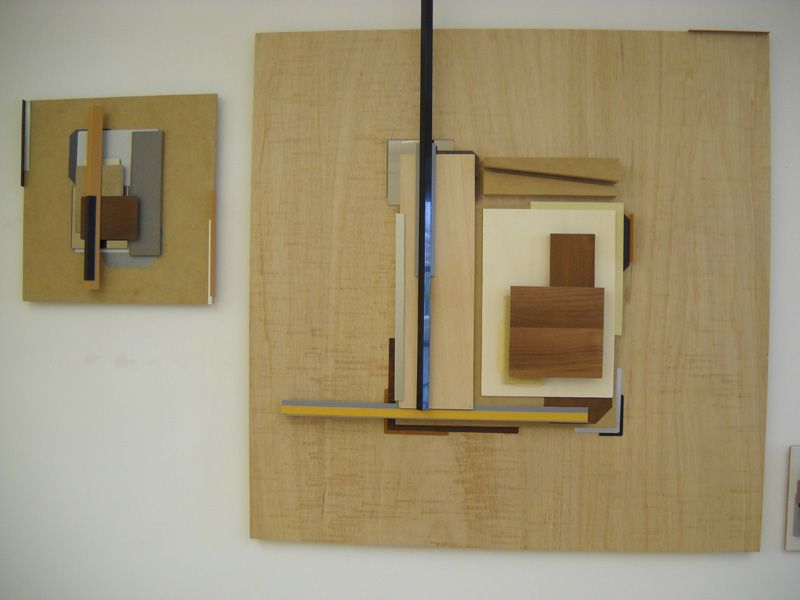