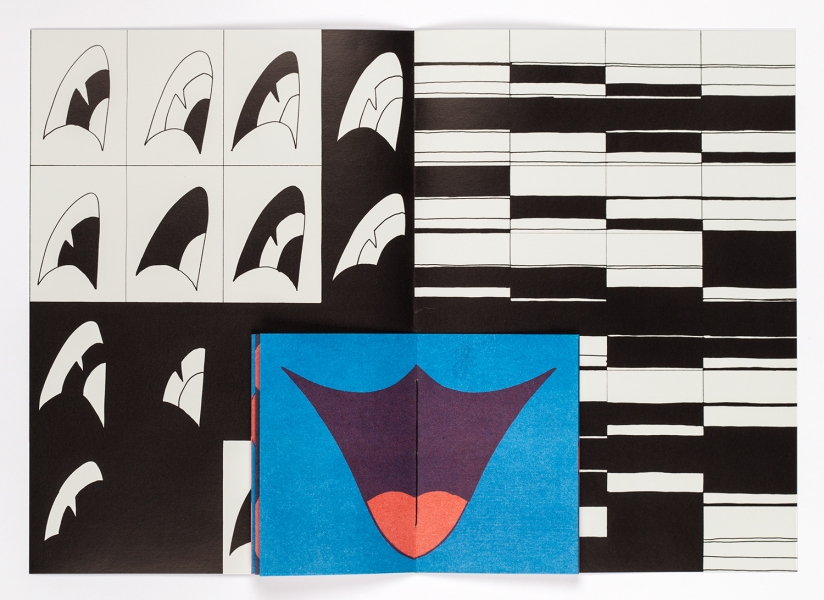 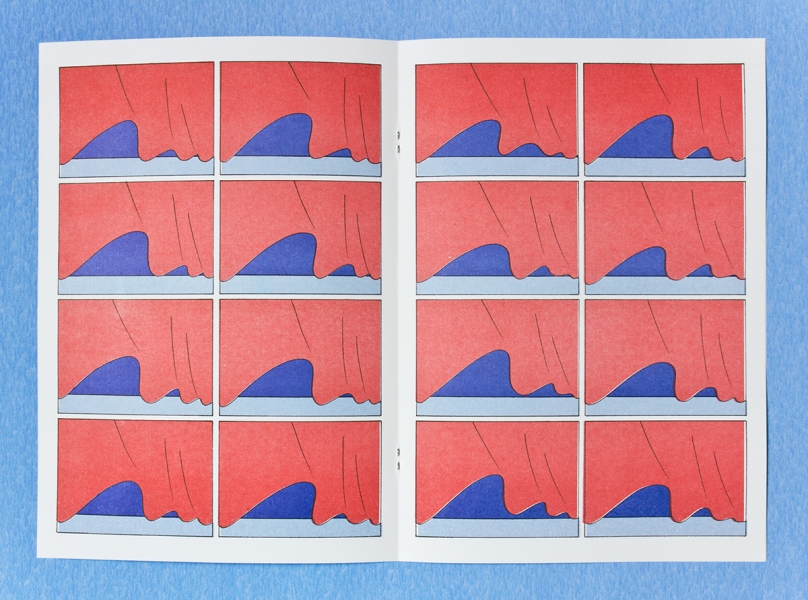 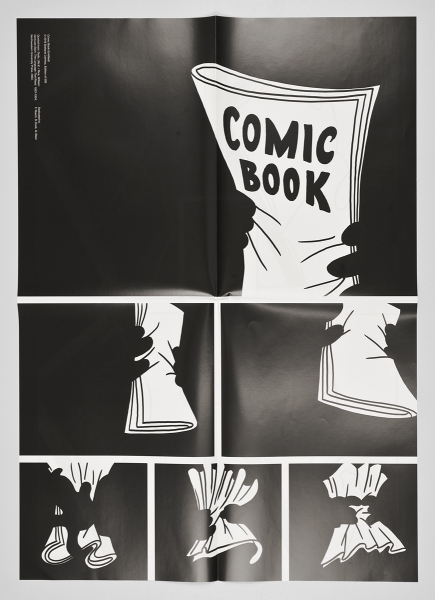 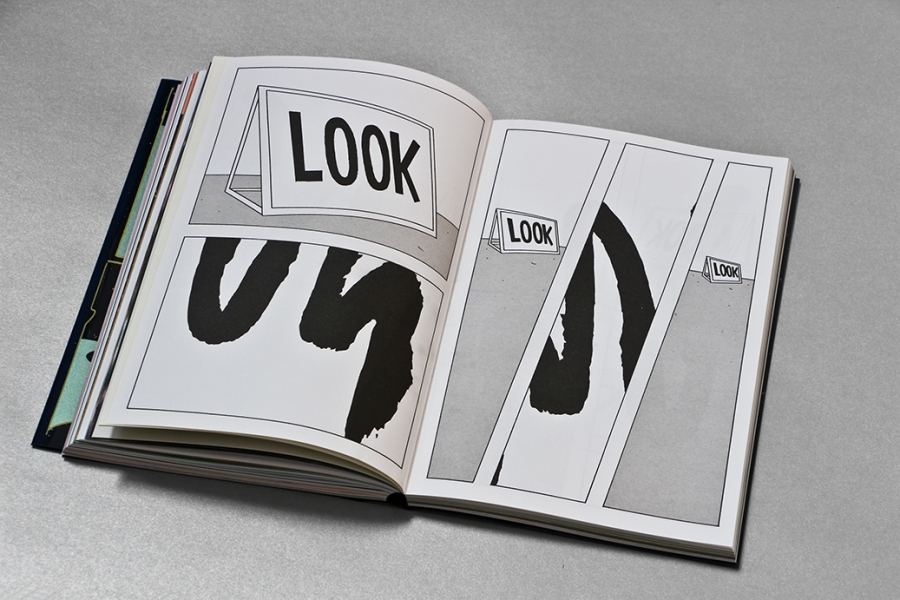 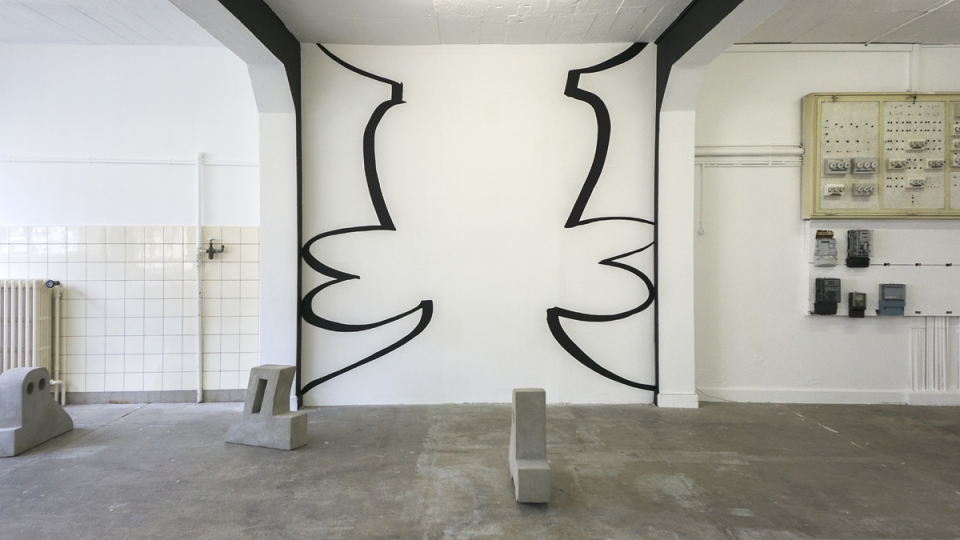 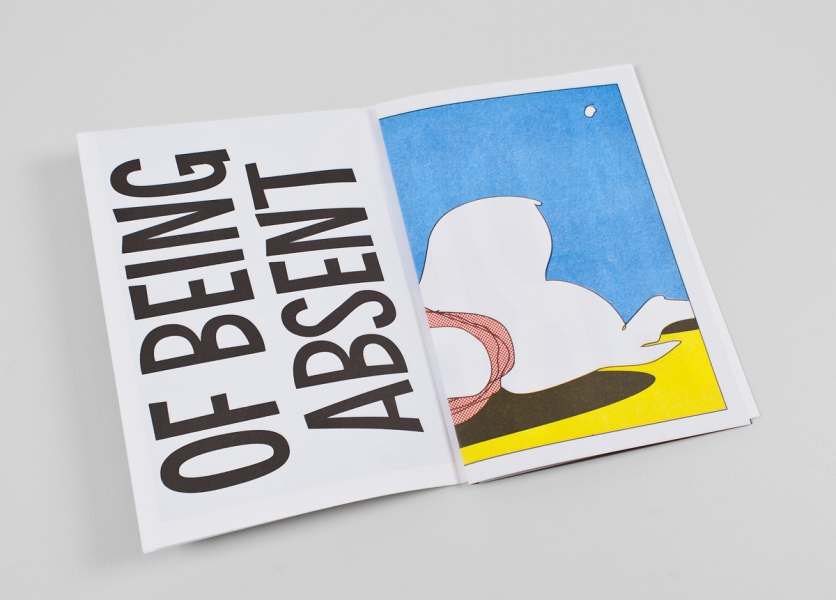 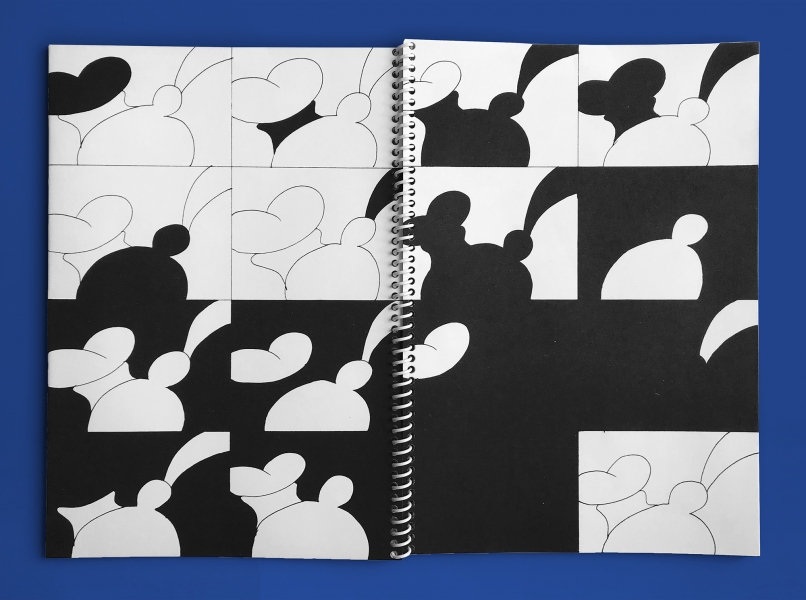 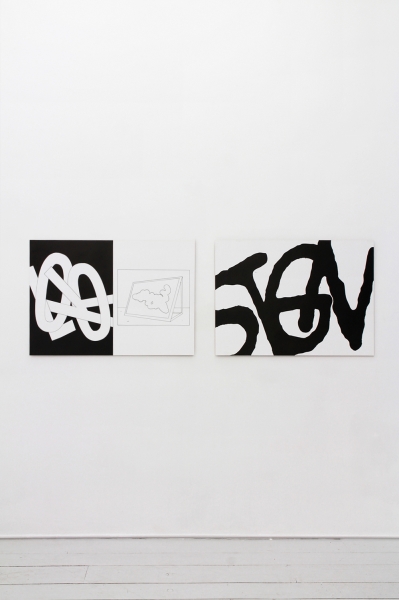 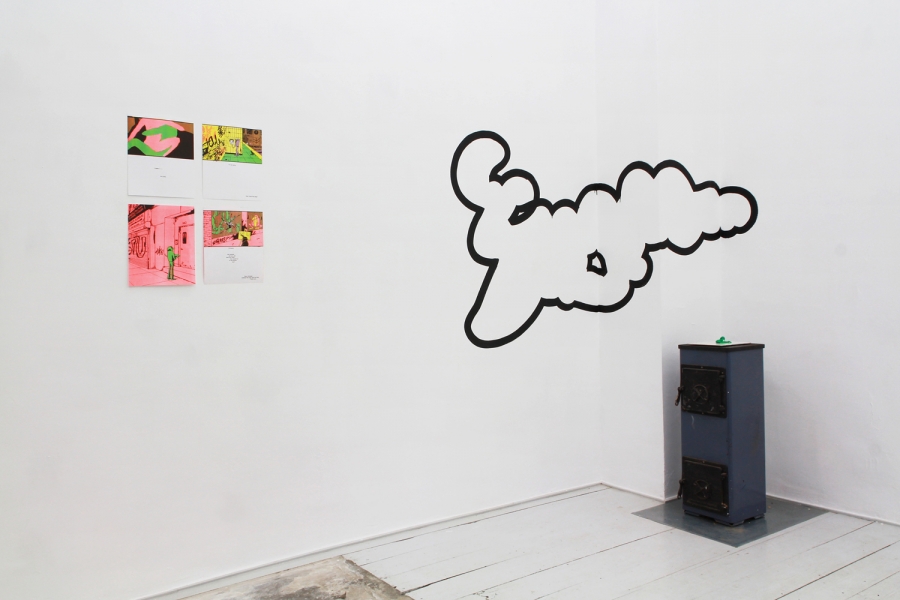 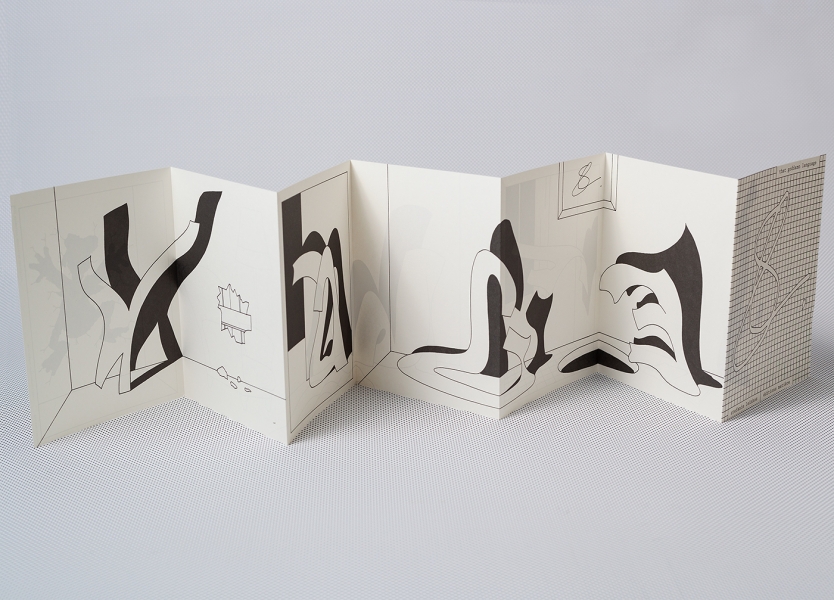 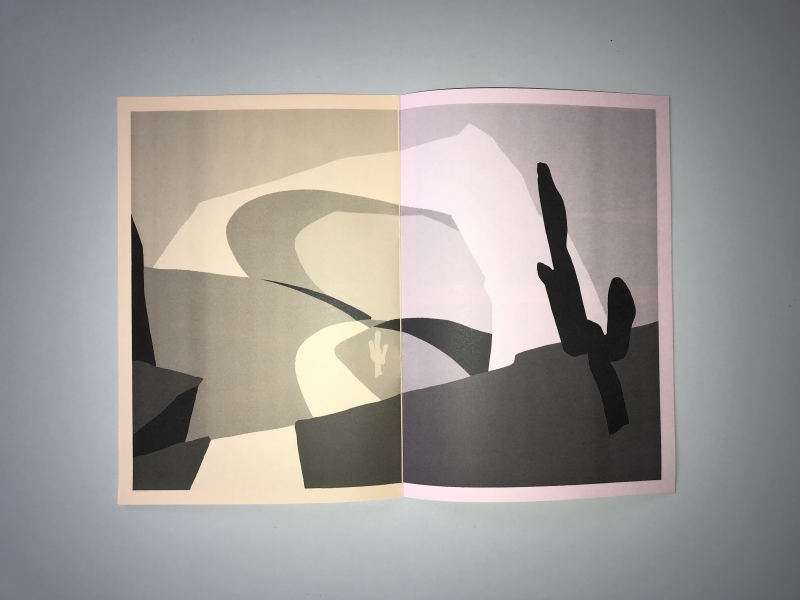 When did you discover your fascination for Comics?

During my studies there was a time when I tried to go back to my childhood drawings – leaving what I’ve learned behind, trying to work with spatiality in a way that’s not preoccupied by central perspective and so on. In this connection I remembered how I taught myself to draw the face of Mickey Mouse. After years I could still recall what I memorized as a child. It was very schematic, almost like drawing a letter. I found this super interesting and started to remember other things I had internalized, too – Donald’s hat or his collar, Mickey’s Gloves or shoes, the nose of Goofy and so on. So, bit by bit, I built a visual vocabulary that felt inexhaustible to me as I was able to deconstruct, repeat and vary it, over and over again. And at the same time is was easily recognizable for everyone.

What excites you about repetition and Variation?

To me, repetition and variation is very much connected to narration. I remember a statement from the artist Peter Roehr, who said that his video and tone montages were changing their source material by repeating it. In fact I‘m more influenced by minimal and conceptual art than comic. But formally speaking I don’t see much difference between a serial work by Roehr, for example, or a comic strip. Both is based on repetition, variation and combinatorics. Working in publications, or let’s say: printed media in general, seems like a logical consequence to me. It continues repetition and variation on a technical level.

What is the significance of narration in your work?

I am not so much interested in telling a certain story than in HOW stories, in general, can be told. How is narration functioning? What is the minimum it needs? At first I didn’t include text into my work. In the past years, it more and more became a visual element I like to experiment with. Usually it’s just a sentence or a word that I use to directly address my viewers. I like to think of them as an active part of my work. Above that I’m interested in the differences between (or the similarities of) text and image, putting the semantic meaning aside. I’m not sure yet where this is going to lead me but I guess it will affect the way I’m dealing with Narration .

Can you give us a sneak preview of the new wall drawing you are going to show at Salzamt?

I was looking for a good visual link between the overall topic of this exhibition »Handapparate« (reference books) and my work. I thought of the double meaning of the German word »Signatur«, which means signature but also shelfmark, in a library context. In the context of art, a signature plays a significant role in how we receive an artwork – is it authentic? – and of course in how it will be received on the art market. Then, rather randomly, I read a text about Richard Artschwager and how he had an exhibition which – against expectation – didn’t show his »signature paintings« but other works. And I stumbled over this phrase and although I knew the term »signature artwork«, I wondered if he maybe indeed did some signature paintings? Turns out he didn’t. But then I knew – that’s what I‘m gonna do!

06_In the presence of being absent. In the absence of being present. Arrgh., risoprint, 2017 (First published by Sandwich Mixto, Madrid in 2017.)