Marit Roland (http://maritroland.wordpress.com/) is a Norwegian artist who is currently residing in the Salzamt sponsored by the European CreArt project.

Marit deals with paper installations which she designs mostly in white. For the launch of an art magazine on contemporary drawing called fukt.de in September at New York Art Book Fair, she was invited to create a site-specific installation. Since the time limitation for building up the work was very tight – 10 hours only – it was a challenge to find a proper approach.

Here in the Salzamt Marit started to think about this task and began to design her installation. Day after day the work became larger until she reached the point where she was satisfied.

Marit started her artistic career as a realistic drawer, but eventually had a “Eureka moment” in discovering what she liked best: Not to do drawings ON paper, but WITH paper. This point of time she calls “finding my voice”, and the works are “paper drawings”. All of her works have no or only very little colour. She prefers white and different shades of white. The work should stand for itself, not through colour, but through shape. An important aspect of her work is the act of physical labour associated with the construction as well as the physical appearance (“resistance” as she calls it) of the finished creation.

The following pictures were taken in Marits studio in the Salzamt and show the current status of her planned installation. 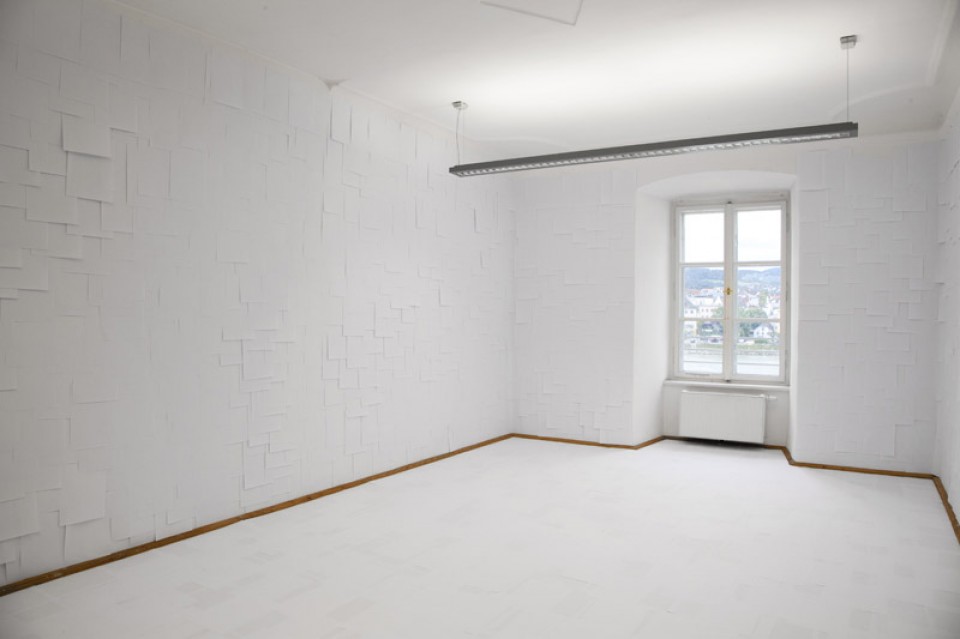 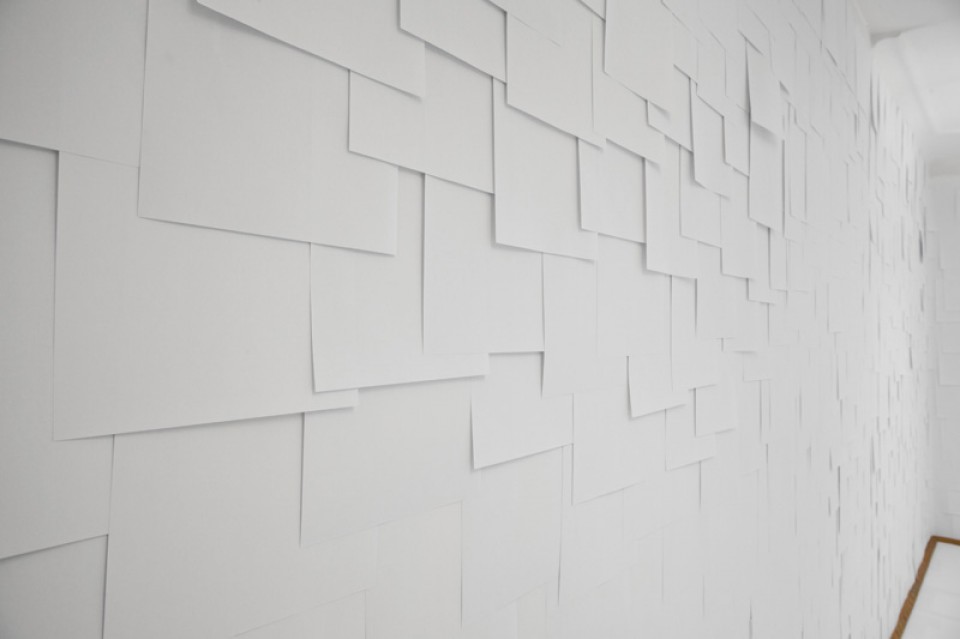 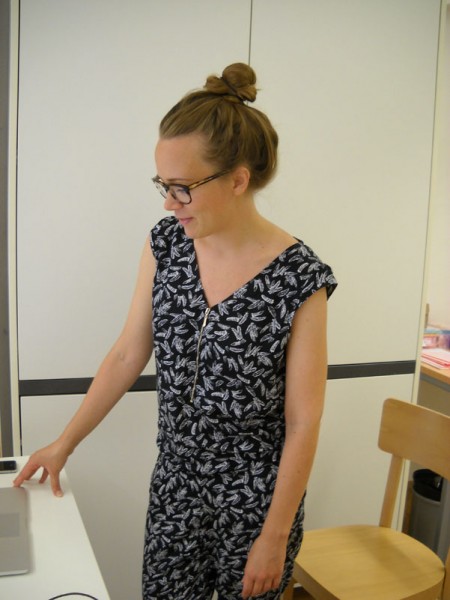 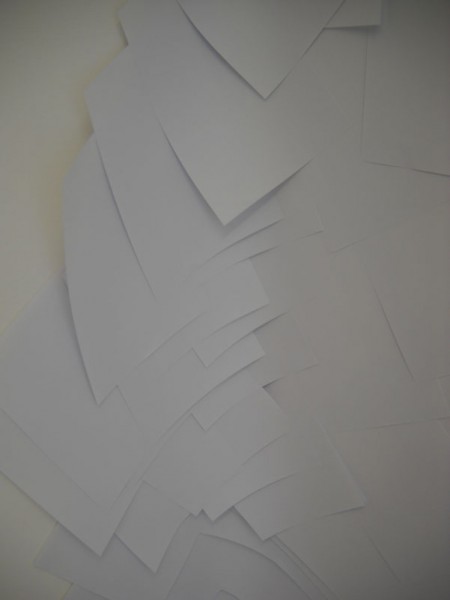